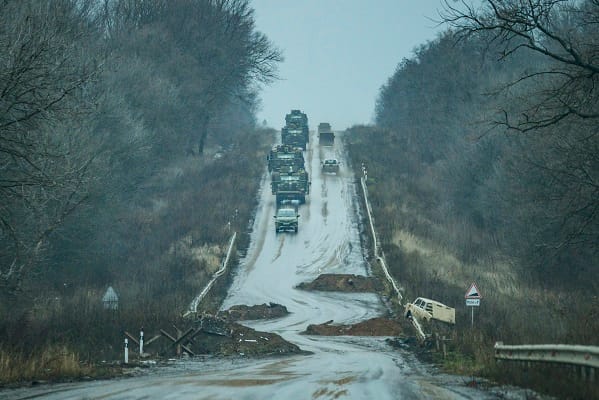 President Volodymyr Zelensky’s forces are preparing for the “final phase” which is retake “Crimea” which will see a crushing defeat for Moscow.

A former US Army General Ben Hodges has said he most confident that Ukrainian forces are now in the “final phase of the war” which will see them “liberate” Crimea.

General Hodges told the BBC that in 2023 he expects the war to escalate as Ukraine are gaining “momentum.”

He said, “Things will move slowly over the winter but by January, Ukraine could be in a position to begin the final phase of the campaign which is the liberation of Crimea.

“When I see the determination of the Ukrainian people and soldiers, and the rapidly improving logistical situation for Ukraine, I see no other outcome but a Russian defeat.

“The Russian pull-out from Kherson has partly led me to this conclusion, firstly as a psychological boost for the Ukrainian people, secondly as a profound embarrassment for the Kremlin and thirdly by handing Ukraine’s forces a key operational advantage – all approaches into Crimea are now within range of Ukrainian weapon systems.”

Kyrylo Budanov, the head of the Ukrainian military intelligence agency, said that the war has now hit a stalemate as the winter months will bring sub-zero temperatures making the conflict harder to fight.

The intelligence chief told the BBC, “the situation is just stuck” as neither side are able to make substantial advances.

“The situation is just stuck, It doesn’t move.”

He added that Russian forces are now “completely at a dead end” and they seen to be on the defensive.

He added, “We can’t defeat them in all directions comprehensively. Neither can they.

“We’re very much looking forward to new weapons supplies, and to the arrival of more advanced weapons.”