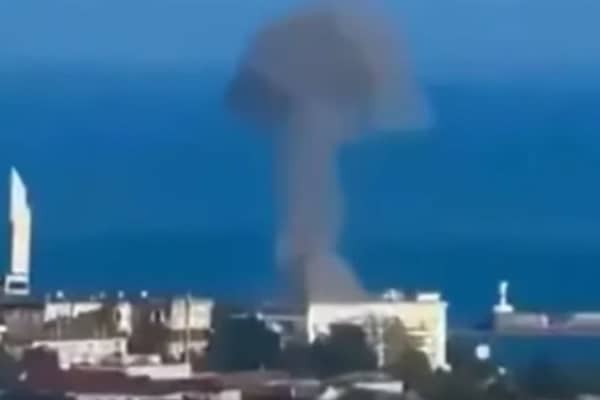 A former US special forces veteran has said that the CIA are working with an unnamed “NATO ally” who are running a “covert programme.”

Jack Murphy served as a sniper and a team leader in 3rd  Airborne Ranger Battalion and the 5th Special Forces group claims that the “CIA is behind a spate of explosions in Russia.”

Murphy was also a former senior trainer and adviser to an Iraqi SWAT team, with his special forces team conducting direct action and other missions across Northern Iraq has also said that European intelligence services are apparently “’running operatives into Russia to create chaos without CIA help.”

Over the past few months there has been multiple explosions seen in certain parts of Russia, from shopping malls, to oil fields and pipes, railways and fuel depots.

Murphy claims, “The campaign involves long standing sleeper cells that the allied spy service has activated to hinder Moscow’s invasion of Ukraine by waging a secret war behind Russian lines.

“The campaign is responsible for many of the unexplained explosions and other mishaps that have befallen the Russian military industrial complex since Russia’s full-scale invasion of Ukraine in February.”

Anonymous US sources including three former intelligence and two military officials, and a sixth source, told Murphy, “who has been briefed on the campaign.”

The CIA has denied the allegations, but Murphy said the US spy agency has been “categorically false” its involvement.

He claims that the CIA are entitled to make these denials under Title 50 of the US Code which allows such covert actions to take place in various corners of the world.

Murphy wrote on his website, “The former officials declined to identify specific targets for the CIA-directed campaign, but railway bridges, fuel depots and power plants in Russia have all been damaged in unexplained incidents since the Kremlin launched its full-scale invasion of Ukraine in February/”

He continued, to say that no US officials were involved on the ground in Russia, however, he did say, the strikes had allegedly used an “allied intelligence service” which were all approved by US president Joe Biden.

“While command and control over the sabotage program resides with the CIA for legal reasons, the NATO ally has a strong say in which operations go forward since it is their people taking the risks,” Murphy added.

‘The NATO ally’s campaign overseen by the CIA is only one of several covert operations efforts being undertaken by Western nations in Russia,’ said Murphy, attributing his claim to two former US special operations officials.

He claimed European intelligence services have activated long-dormant resistance networks, who in have been ‘running operatives into Russia to create chaos without CIA help’.

Mick Mulroy, a former CIA paramilitary officer, claims that the value of these covert attacks is “substantial” and serves multiple purposes, which prevents Russia from keeping up with logistical supply lines and there in turn for Moscow to supply their soldiers.

This also sows doubt in the minds of Kremlin officials and elites, because this is evidence that Putin “does not have control over what is happening in his own country,” Mulroy added.

He continued, “Is it a covert program, is it disgruntled Russians sabotaging their own plant, or is it pure incompetence of the workers?

“I don’t know, and perhaps the Kremlin doesn’t either. This matters to paranoid autocrats.”