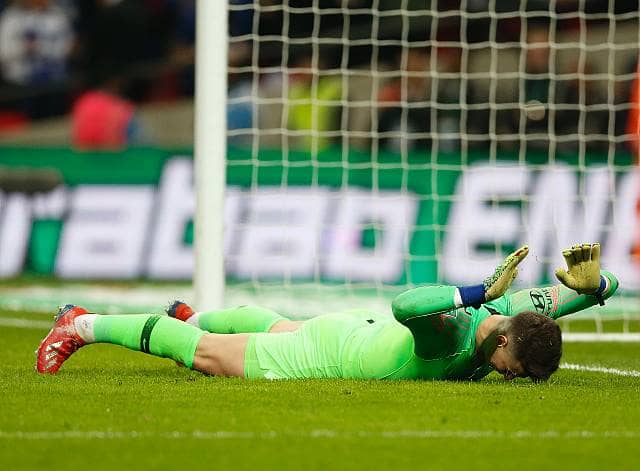 Kepa & Sarri what to do when employees refuse orders

It can be very frustrating for a manager when members of staff refuse to carry out their instructions, especially if they do so in front of colleagues or members of the public. This was the case over the weekend, during the Carabao Cup final between Chelsea and Manchester City. When Chelsea’s goalkeeper, Kepa Arrizbalaga, defied his coach, Maurizio Sarri and refused to leave the field after being substituted for Willy Caballero.

The level of publicity in this act of insubordination is an extreme example of a manager being undermined and Maurizio Sarri was quick to call the situation a “misunderstanding”, as he believed the goalkeeper was injured and should have come off the field. So, what can managers do when employees don’t follow orders?

An employee may be able to explain away a single failure with a valid reason, like a misunderstanding, and the employer may decide to let it go on the first occasion. However, continued refusals, or a single refusal which has a significant negative outcome are likely to call for formal action. A disciplinary procedure should be initiated with the aim of ensuring improvement in the employee’s behaviour to ensure an act of subordination doesn’t happen again. Following a large amount of public scrutiny, it has been announced Kepa would be fined one week’s wages and has apologised to his manager and teammates for how he handled the situation.

Employees who feel that they can get away with this form of misconduct may become more difficult to control, especially if other members of staff start to do the same. It is therefore highly advisable to take steps to ensure that this behaviour does not spread.

Managers who are dealing with a subordinate employee may not feel confident when responding to this situation, especially if they are quite new to a management role and be concerned that their ability to lead a team will be called into question if they were to try and raise this matter to a senior level.

It is advisable to have a more experienced member of staff that managers are able to refer to for advice on how best to respond to situations such as this. Individuals who have not held leadership positions for a while, or who are progressing towards one, could also be provided additional training through a mentoring programme. This can help instruct managers on the best methods to maintain control of their teams whilst also outlining the support available to them.

Employers should remember that although employees are usually expected to follow their instructions, all requests need to be reasonable.

While the issues currently faced by Chelsea team cannot be solely blamed on the coach, Maurizio Sarri, he should ensure that his team are reminded of the structures within the management system of the club or else questions will be raised of what the team can get away with.