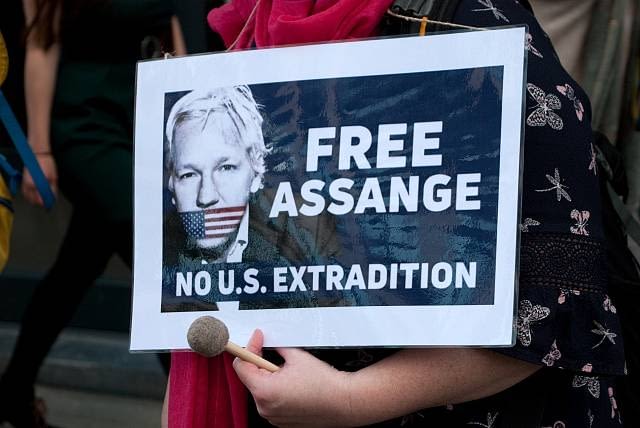 WikiLeaks founder, Julian Assange “could die in prison” as he may require urgent medical care, many international doctors have warned.

In a letter to the home secretary Priti Patel, doctors from UK, Europe, Australia and Sri Lanka have all expressed their “serious concerns” as to his fitness to stand trial.

Shadow home secretary Diane Abbott was also copied in to the letter said, “From a medical point of view, on the evidence currently available, we have serious concerns about Mr Assange’s fitness to stand trial in February 2020.

“Most importantly, it is our opinion that Mr Assange requires urgent expert medical assessment of both his physical and psychological state of health.

“Any medical treatment indicated should be administered in a properly equipped and expertly staffed university teaching hospital (tertiary care).

“Were such urgent assessment and treatment not to take place, we have real concerns, on the evidence currently available, that Mr Assange could die in prison.

“The medical situation is thereby urgent. There is no time to lose.”

Dr Lissa Johnson, a clinical psychologist in Australia and one of the letter’s signatories said, “Given the rapid decline of his health in Belmarsh prison, Julian Assange must immediately be transferred to a university teaching hospital for appropriate and specialised medical care.

“If the UK government fails to heed doctors’ advice by urgently arranging such a transfer on medical grounds, there is a very real possibility that Mr Assange may die.

“As it stands, serious questions surround not only the health impacts of Mr Assange’s detention conditions, but his medical fitness to stand trial and prepare his defence.

“Independent specialist medical assessment is therefore needed to determine whether Julian Assange is medically fit for any of his pending legal proceedings.

“Consistent with its commitment to human rights and rule of law, the UK government must heed the urgent warning of medical professionals from around the world, and transfer Julian Assange to an appropriately specialised and expert hospital setting, before it’s too late.”

Assange is currently being held in HMP Belmarsh in south east London serving 50 weeks for breaching his bail conditions after he sought refuge at the Ecuadorian embassy in London.

Journalist Julian Assange has been imprisoned for uncovering ‘a truth...

Top UN official warns Assange will not get a fair...

WikiLeaks has ‘grave concerns’ as Assange is too ill to...