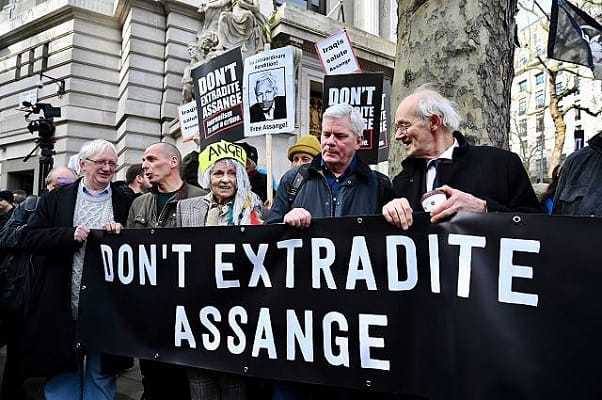 Wikileaks co-founder Julian Assange has revealed to Woolwich Crown Court that the names of his sources that he revealed have “disappeared” after he placed them at risk.

James Lewis QC, for the US government said, “The US is aware of sources, whose redacted names and other identifying information was contained in classified documents published by WikiLeaks, who subsequently disappeared, although the US can’t prove at this point that their disappearance was the result of being outed by WikiLeaks.”

The court was told that Assange was guilty of “straightforward criminal” activity for hacking and publishing US military databases.

Lewis said the charges against Assange relate to “conspiracy to steal from and hack into” the US department of defence computer system with former US intelligence analyst, Chelsea Manning.

Lewis QC told district judge, Vanessa Baraister, “These are ordinary criminal charges and any person, journalist or source who hacks or attempts to gain unauthorised access to a secure system or aids and abets others to do so is guilty of computer misuse.

“Reporting or journalism is not an excuse for criminal activities or a licence to break ordinary criminal laws.

“This is true in the UK as it is in the USA and indeed in any civilised country in the world.

“By disseminating the materials in an unredacted form, he likely put people – human rights activists, journalists, advocates, religious leaders, dissidents and their families at risk of serious harm, torture or even death.”

“He is not charged with the disclosure of embarrassing or awkward information that the government would rather not be disclosed. The disclosure charges are solely were there was a risk of harm.”

Lewis said Assange’s lawyer claims he will face 175-years in prison if found guilty of the charges as “hyperbole.”

However, he admitted any sentence would be for the US courts to decide.