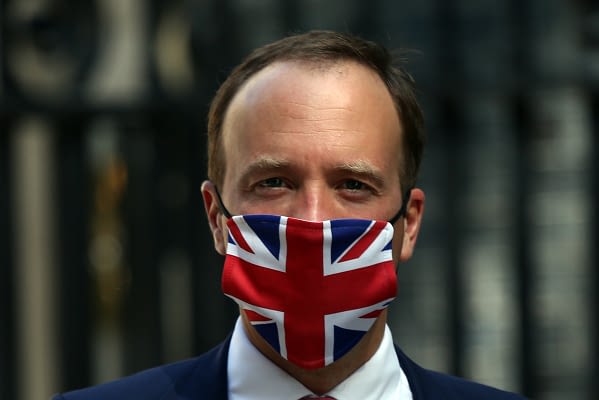 Johnson, Cameron and Hancock do not possess ‘the core values expected from political leaders’

An anti-corruption watchdog has found from research that Covid scandals have eroded the public’s trust in MPs.

Boris Johnson, David Cameron and Matt Hancock were singled out in a survey as “immediately associated with the word ‘sleaze’” and do not possess “the core values expected from political leaders.”

Participants in a survey of 1,590 people conducted on behalf of the Committee on Standards in Public Life (CSPL) identified that the pandemic has exposed politicians poor behaviour for breaching their own lockdown rules.

The survey also found that the public are not happy with politicians awarding their friends with the procurement of contracts.

The survey found that 43% of people feel that standards have got worse, with 41% suggesting that MPs standards of conduct are either low, or very low, whilst only 24% of the public feel they are high or very high.

The survey which was published today with a report by the CSPL recommends that there should be tougher sanctions for MPs who have “poor ethical standards.”

Adding, “Participants spontaneously recalled examples of public procurement contracts during Covid being awarded to friends of MPs and ministers.”

The former MI5 director-general Lord Evans and the chair of the CSPL wrote in his foreward of the  report, “From the evidence we have taken during our review it has become clear that a system of standards regulation which relies on convention is no longer satisfactory.”

He added: “The arrangements to uphold ethical standards in Government have come under close scrutiny and significant criticism in recent months.

“Maintaining high standards requires vigilance and leadership. We believe our recommendations point to a necessary programme of reform to restore public confidence in the regulation of ethical standards in Government.”

“The system that is supposed to uphold the ministerial code, lobbying rules, business appointments, public appointments and transparency is clearly unfit for purpose.

“Ministers have disregarded the rules and it is about time for a radical overhaul of the system.”

A Cabinet Office spokeswoman said in response to the report, “The Government has committed to continually reinforcing high standards of conduct in public life so the public can have trust and confidence in the operation of government at all levels.

“We will carefully consider the work of the Committee on Standards in Public Life alongside the recommendations made by (lawyer) Nigel Boardman and other forthcoming reports on similar themes.

“We will set out a full update to Parliament in due course.”