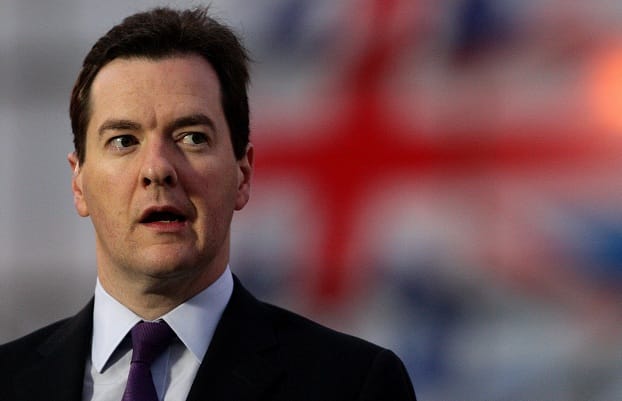 The Office for National Statistics (ONS) confirmed that public sector net borrowing hit £17.9bn in May, once financial interventions such as bank bailouts had been stripped out.

This is significantly higher than the £15.2bn net borrowing figures from May last year and exceeded City analysts’ forecasts of £15.7bn.

A sharp decline in income tax receipts and an increase in welfare benefits was to blame for the jump, as the double-dip recession continued to weigh on the public purse.

The chancellor now faces an uphill struggle if he is to avoid significantly overshooting his full-year borrowing target of £120bn, while economists have speculated that Britain’s AAA credit rating could now be in danger.

The Treasury said it was too early to consider the picture across the year as a whole.

“The government is committed to dealing with the deficit, which will help keep interest rates lower for longer and support millions of families and businesses across the country,” said a spokesman for the department.

Nida Ali, an economic advisor to the Ernst & Young ITEM Club, said: “A very discouraging set of figures, especially after the weak out-turn in April.

“Although part of the increase in borrowing can be attributed to lower income tax receipts, the sharp acceleration in government spending is a worrying sign.”

Osborne believes the UK’s gold-plated credit rating, which is being used to back lending to businesses, is protected by the government’s austerity drive which includes billions of pounds of spending cuts.

But tax revenues have been hit as the economy fell back into recession in the first quarter of 2012, while the burden on the state has been increased by high levels of unemployment.

Jonathan Davis, managing director of Jonathan Davis Wealth Management, said: “The reason why last month’s figures were flattered was because they took on the Royal Mail pensions, so you have taken cash but you only halve future liabilities.

“Basically the government are doing pretty much exactly the same as what (shadow chancellor) Ed Balls or the previous government would do. There is so little difference. These guys pretend there is a Grand Canyon between them, but actually there is only a wafer-thin crack.

“They are just borrowing from our children and grandchildren.”