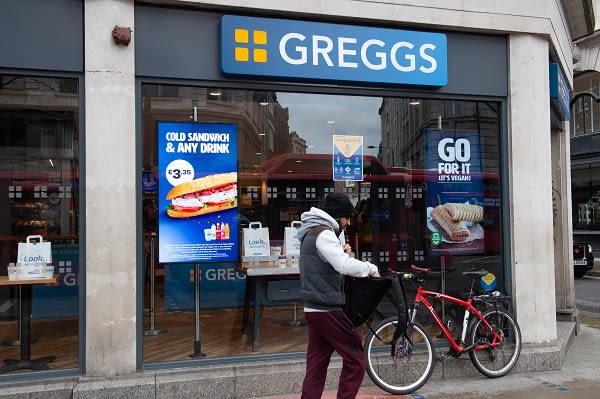 The chief executive of Greggs has said they have been forced to increase prices on some of their products amid rising costs for ingredients and staff salaries.

Roger Whiteside also said that the Omicron infection rate has led to some of Greggs stores being forced to close due to supply chain issues and staff shortages.

Whiteside said, “It feels about the same as during the pingdemic. Stores are having to close as a result – not necessarily whole days but if you turn up in the morning and half the people aren’t there we see if we can find people in nearby shops who can help out.

“It typically means a shop might have to close early or open late, or in some cases not open at all because they can’t get the team together.”

Whiteside said that he is to step down from the helm after nine years in the job and will be retiring.

He said, “The time had to come eventually. I’ve always said I wanted to retire before 65, so I’ll be 64 and a half by the time I leave, so I’ve just about made it.

“I’m going to go through a full retirement and spend the rest of my days with friends and family and doing things that I really love doing.

“You won’t see me going plural (becoming a non-executive) or doing any chairmanships.

“I’ve kept my options open thinking about it, but at the end of the day, I’ve got so many other things I want to do.

“I spent most of my life doing business things and I’d like to spend the final chapter – adventure before dementia, that’s what I say.”

Whiteside added, “I want to spend more time on the golf course, on learning a musical instrument, mucking about with motor racing cars and skiing. That sort of stuff, so nothing earth-shattering.

“A year ago I picked up a guitar and said ‘I’m going to learn this thing.’ It was the most difficult challenge I’ve ever done.

“There will be no public performances, I can guarantee that.”