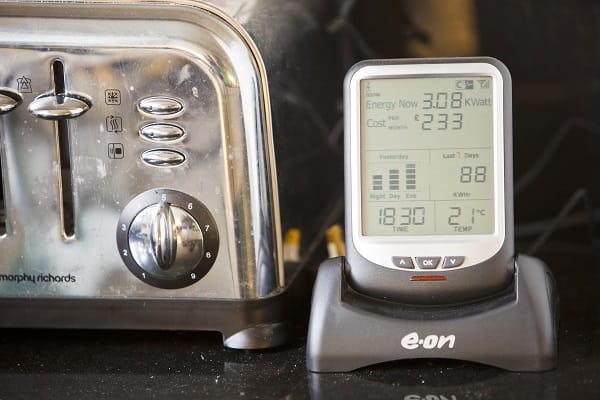 The Business Secretary Grant Shapps has said that government officials are concerned that “self-disconnections have rocketed” and he told MPs in Commons “we do not want to see people cut off during this cold weather.”

Shadow Business Minister Kerry McCarthy raised her concerns to MPs that “self-disconnections have rocketed,” and “according to Citizens Advice, someone is being cut off from their energy supply every 10 seconds.”

She added, “With millions unable to afford to top up their prepayment meters, self-disconnections have rocketed.

“It is the Government and the energy regulators’ responsibility, is it not, to ensure people aren’t sitting at home in the cold, in the dark?

“So, as temperatures once again reach freezing point across the UK this week, will the Government introduce an immediate moratorium on the forced installation of prepayment meters while their use is reviewed?”

Shapps said he is concerned and that no one “should be removed from their power of heating,” adding, “We have specifically asked the energy authorities not to go down that line and asked Ofgem to do the same.”

He told MPs, “Officials are actively working on this issue with a letter ready to go to Ofgem as well. She is right to highlight this: we do not want to see people cut off during this cold weather and it is not something that we want to see happen, we’ll return to the House with more detail.”

Shadow business secretary Jonathan Reynolds told the Commons, “As we have heard from colleagues, energy prices are of course inextricably linked to our country’s competitiveness.

“Last week Make UK published a survey of manufacturing businesses, and that report was damning, with businesses saying, under the Conservatives, they pay a premium for doing business in the UK.

“They can see that the political instability caused by this government has driven investment away from Britain and after three prime ministers, four chancellors, and three business secretaries last year, it is hard to disagree.

“Does he accept that the low investment the Conservatives have presided over is at the heart of our economic problems? And can he tell us what he is planning to do this year to finally change that?”

Shapps did not accept his analysis saying, “For one thing, he must recognise that in countries, for example in Germany, where he is right to say that the cost for business are lower for energy, that cost is actually reflected in typically higher costs for domestic bills.

“He would need to answer whether he supports that. In addition, £18 billion is a huge amount of support, taxpayers are having to pay that money, so it is a question of getting the right balance between the taxpayer and industry as well.”