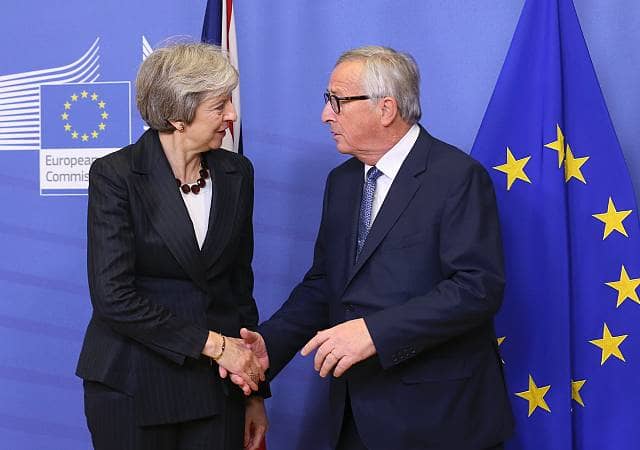 Theresa May met with European Commission president Jean-Claude Juncker Thursday, they held “robust but constructive talks” as May seeks to bring changes to the deal.

Juncker said the EU withdrawal agreement that has already been thrashed out will not be redrawn however, there is a possibility of adding “more ambitious” wording to the agreement.

After talks with Juncker a joint statement said, “The discussion was robust but constructive.

“Despite the challenges, the two leaders agreed that their teams should hold talks as to whether a way through can be found that would gain the broadest possible support in the UK Parliament and respect the guidelines agreed by the European Council.”

Stephen Barclay the Brexit Secretary and Michel Barnier the EU chief negotiator will meet Monday, while Juncker and May will have another meeting before the end of the month.

May set out MPs’ demands for a “legally binding change to the terms of the backstop”, while Juncker had “underlined that the EU27 will not reopen the Withdrawal Agreement.”