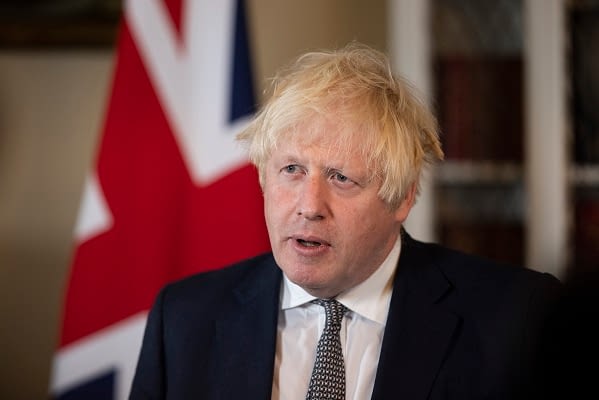 A furious Scottish Tory leader Douglas Ross has demanded that Boris Johnson answers the “crucial question” over whether or not he attended the garden party at Downing Street.

Ross told Sky News that the Prime Minister must “settle this right now” and tell us if he was at the “bring your own booze” party in his garden on 20 May 2020.

He totally dismisses Downing Street’s response that they will not comment on the possibility that the law was broken whilst there is an investigation into many allegations at No.10.

Ross told Sky News that the Prime Minister revealing if he was or not at the party on 20 May event will not prejudge the investigation by Sue Gray.

“It’s not prejudging Sue Gray’s inquiry to tell the public, for the Prime Minister to come forward and say if he was at the party or not,” he said.

“That’s a crucial question that won’t in any way undermine Sue Gray’s investigation. It will let the public know, right now, if he was there or not.

“It’s a crucial question that shouldn’t have to wait to Prime Minister’s Questions tomorrow, we should hear the answer right now.”

Ross said he understood the “fury, the anger and the rage” of the public following the revelations of the 20 May booze up.

“This email went out to over 100 people inviting them to a party when no one else was allowed to do that.”

Sky News has reported that they understand that Johnson was with around 40 people with his wife Carrie at the Downing Street party in the Prime Minister’s garden on 20 May 2020.

The former Tory attorney general Dominic Grieve has blasted Boris Johnson and said he has “told a series of untruths” and he should be removed from office.

Grieve was asked by the BBC over the latest allegations against Johnson, he said, “He ought to be in a lot of trouble because he’s told a series of untruths about these issues over a period of time and the latest evidence clearly suggests that the rules were broken.

The former attorney general said that the public has “little trust” in Johnson and then delivered a blistering attack, he said, “The difficulty we have here is that we have a prime minister who’s effectively a serial liar.”

“My impression is that there are many MPs who are deeply unhappy about him, but the difficulty is that replacing a Prime Minister requires courage, it requires the upheaval that goes with it, and it requires the coordination necessary to get him removed.”