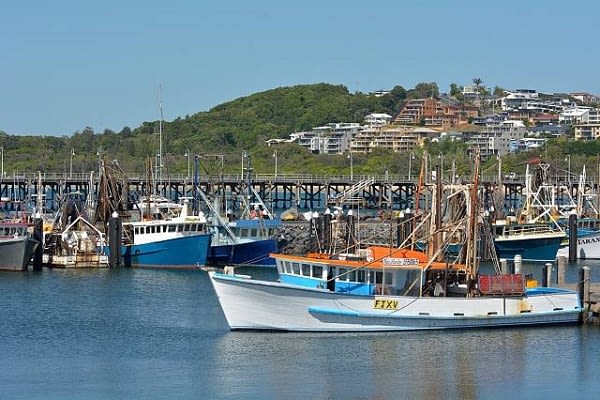 French fishermen fled in terror from Jersey this afternoon after a tense stand-off with two Royal Navy warships.

The French had said they are ready to restage the “Battle of Trafalgar” as they arrived in St. Helier, but instead ran away.

The French government sent two naval gendarmerie vessels to Jersey this morning, as a Normandy fishing chief has said his country is “ready for war.”

The French warship called the Athos which is a 32m vessel which was seen “at full speed” heading towards Jersey.

David Sellam, the head of the joint Normandy-Brittany sea authority, who is the French fishing chief warned that they have the ability to “bring Jersey to it’s knees if necessary” and “We’re ready for war.”

One fisherman named Popeye said, “We will go back, and next time it will be war. It’ll be just like in the Port-en-Bessin.”

The British government have sent two Royal Navy gun ships to the coast of Jersey as “a precaution” over concerns that French fishermen will blockade the port of St. Helier.

The Royal Navy sent HMS Severn and HMS Tamar to “monitor the situation” as French fishermen have arrived at the port of St Helier to protest over post-Brexit fishing rights and the lack of access to Jersey’s waters.

Jersey fisherman Josh Dearing described the scene at the port of St. Helier as “like an invasion.”

He told the PA news agency, “There were probably about 60 boats. There were a few hand-held flares and smoke flares going off and apparently a few maybe bangers and stuff going off from the French.”

Jersey’s Exrternal Relations Minister, Senator Ian Gorst told the BBC: “It’s really important that we are able to work with those fishermen to help them provide the necessary evidence so that, if required, their licences can be amended.

“As I’ve said, it’s important that we respond to threats, but the answer to this solution is to continue to talk and diplomacy.”

Commenting on the situation, an EU Commission spokeswoman said, “Any addition of new specific conditions to these fishing authorisations that limit EU fishing activities in UK waters must comply with the objectives and principles set out in the TCA, which are based on clear scientific rationale.

“Any such conditions must also be non-discriminatory between UK and EU vessels.

“The Commission has clearly indicated to the UK that the provisions of the EU-UK TCA have not been respected.”

Secretary of State for Environmental Affair George Eustice has claimed the government is working with French officials to resolve licence issues.

Eustice said, “I think the threat that was made is completely disproportionate and unacceptable.

“We are working through the agreement, Jersey have already licensed over 40 vessels, they’ve been very pragmatic throughout this.

“They’ve also been clear that they’ll process the remaining 17 or so as soon as they put forward the data, so I think it’s unacceptable to make those sorts of comments.”

“The Prime Minister reiterated his unequivocal support for Jersey and confirmed that the two Royal Navy Offshore Patrol Vessels would remain in place to monitor the situation as a precautionary measure.

“They agreed to stay in touch as the situation develops.”