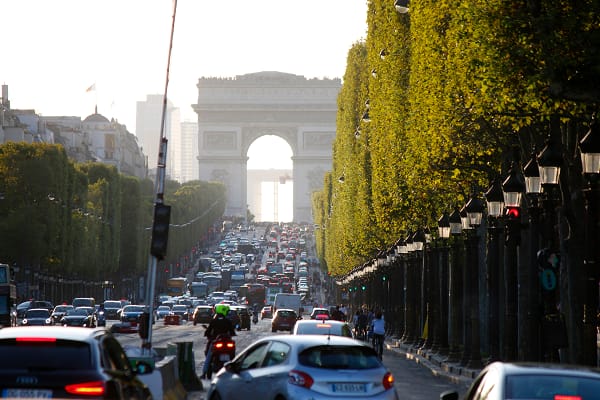 From Saturday morning all British tourists will be banned from entering France which will affect thousands of people who have booked skiing holidays or want to meet friends and family.

France are concerned over the “extremely rapid” rise in Omicron cases in the UK as over 78,000 cases were recorded on Wednesday.

French nationals, their spouses and children are unaffected, but Brits can only travel to France for “compelling reasons.”

It is understood that people who are travelling into Charles de Gaulle Airport and are then flying to other countries will not be affected as they will be remaining in the airport.

Paris said, there will be an “obligation for all travellers from the UK to register, prior to their trip, on a digital platform allowing them to enter the address of their stay in France.”

Brittany Ferries said the travel ban is a “hammer blow to our Christmas season.”

“In the context of an Omicron variant that is passing through the French population as it is in the UK, further border controls seem as unnecessary as they are unwelcome,” a spokesman added.

However, the Transport Secretary said that hauliers will not be affected, Grant Shapps tweeted, “To confirm, I have liaised with my French counterpart, and hauliers will remain exempt.”

In a statement the French government said, “In the UK government’s own words, the UK is facing a ‘tidal wave’ of the Omicron variant in the coming days.”

It added: “In response to the extremely rapid spread of the Omicron variant in the UK, the government is reinstating compelling reasons for travel to and from the UK, and strengthening the requirement for testing on departure and arrival.”