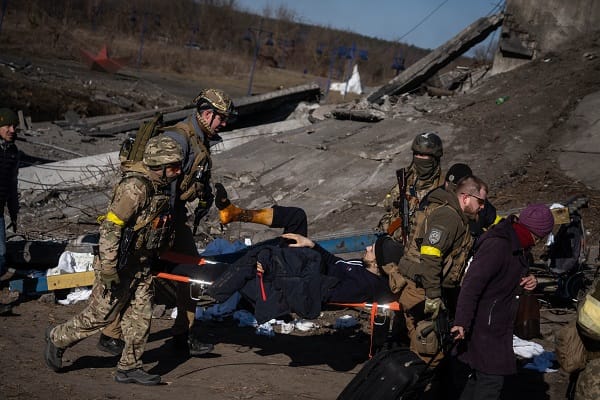 Fox News have announced that their cameraman Pierre Zakrzewski was shot dead after he was “struck by incoming fire” whilst travelling in a vehicle.

The Fox News cameraman was with British journalist Benjamin Hall who was seriously injured after shrapnel hit him in the legs, CNN reported.

Zakrzewski death comes after the US photojournalist Brent Renaud was shot in the neck in Irpin near to Kyiv.

An internal Fox News memo reads, “Pierre was a war zone photographer who covered nearly every international story for Fox News from Iraq to Afghanistan to Syria during his long tenure with us.

“Today is a heart-breaking day for Fox News Media and for all journalists risking their lives to deliver the news.”

A US journalist for the New York Times was shot dead by Russian troops and another has been wounded in Irpin near to the Ukrainian capital on Sunday.

Police in Kyiv confirmed that one was shot in the neck and died whilst filming Ukrainian refugees fleeing the war torn country.

The killed journalist was identified by Ukrainian police as Brent Renaud, a 51-year-old who was a correspondent for the New York Times and a US citizen.

“Of course, the profession of a journalist is a risk, but US citizen Brent Renaud paid his life for trying to highlight the aggressor’s ingenuity, cruelty and ruthlessness,” Kyiv Region Police chief Andriy Nebytov said on Facebook.