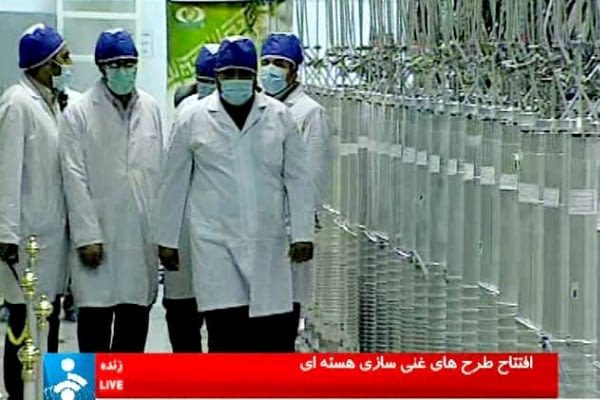 Rescue teams have rushed to Iran’s largest nuclear facility which enriches uranium at Isfahan, after a fire broke out.

It was reported that “an incident” happened at the Natanz Fuel Enrichment Plant (FEP), whichis the main uranium enrichment site in the province of Isfahan, Iran’s Atomic Energy Organisation reported.

Behrouz Kamalvandi the organisation’s spokesman told state TV, “There is some damage to the shed which we are investigating.

“It was inactive and there was no radioactive material in it and there were no personnel.

“There has been no interruption in the work of the enrichment site and no damage to the site.”

The underground Natanz nuclear enrichment plant did not leak any radiation, and the building that caught fire was an “industrial shed” it is claimed.

Kamalvandi later told Iranian state television, “There are physical and financial damages and we are investigating to assess.

“Furthermore, there has been no interruption in the work of the enrichment site. Thank God, the site is continuing its work as before.

The International Atomic Energy Agency (IAEA) said they are aware of an incident at the Natanz nuclear facility.

This comes after an explosion at a sensitive military site near Tehran as last week, caused by leaking “gas tanks.”