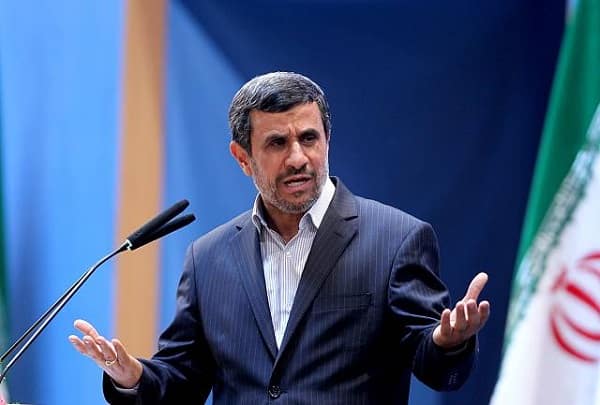 The former President of Iran, Mahmoud Ahmadinejad has said coronavirus is a military biological weapon which was made in a laboratory.

He said, “It is clear to the world that the mutated coronavirus was produced in lab, manufactured by the warfare stock houses of biological war belonging to world powers and that it constitutes a threat on humanity more destructive than the other weapons that target humanity.”

Iran’s Supreme Leader Ayatollah Ali Khamenei said coronavirus will not impact his country for much longer and will disappear.

Khamenei said, “I don’t want to say it’s unimportant but let’s not exaggerate, the coronavirus won’t affect the country for long and will leave.

“With the help of our colleagues in BBC Persian, we’ve been trying to piece together what is happening in Iran.”

It has been widely reported that coronavirus was part of a Chinese “biological weapons” program, based at the Wuhan Institute of Virology (WIV), which has seen at least two leaks of viruses in the last three years.

British Conservative MP, Tobias Elwood who was the chairman of the British Defence Select Committee from 2017 until 2019, expressed concerns last month over the Chinese Army’s role at the Wuhan Institute for Biological Products and called for the “greater transparency over the origins of the coronavirus.”

A report by South China’s university revealed the theory of the origin of coronavirus.

“Surgery was performed on the caged animals and the tissue samples were collected for DNA and RNA extraction and sequencing.

“They were only 280 metres from the seafood market and the WHCDC was also adjacent to the Union Hospital where the first group of doctors were infected during this epidemic.

However, Chinese scientists have revealed they have identified “two laboratories conducting research on bat coronavirus.”

But, there is a third laboratory, where the Chinese Army has a role at the Wuhan Institute for Biological Products and the second is the Wuhan Centre for Disease Control & Prevention.

Iran has more than 9,000 confirmed cases with almost 400 deaths from coronavirus, with a total of 2,731 people have recovered.

Globally there are now 120,944 confirmed cases of coronavirus with a total of 4,292 deaths. Across the world 65,972 people have fully recovered.