More than 100 of the UK’s top entrepreneurs gathered in London today for the annual Dynamic Enterprise Summit, organised by London Loves Business.

Stephen Greene, chairman of Ed’s Easy Diner, welcomed guests to the event, which was held at the Amba Hotel Marble Arch.

Yo! Sushi founder and former Dragons’ Den star Simon Woodroffe OBE, the keynote speaker, explained how he went from rock and roll to sushi.

The event was sponsored by RBS, Alium Partners, Smith & Williamson and Everline.

Paul Robson, RBS senior trading desk FX strategist, gave the audience an overview of the global economy in 2016 and how markets could react during the EU referendum.

Today we’re talking about UK economy & entrepreneurship at the #des2015 hosted by @LondonLovesBiz#forecast2016pic.twitter.com/2eztIH6G0W

The panel discussion had a top line-up, featuring:

BIGGEST MISTAKES MADE BY some of UK’s top enterpreneurs

The panel were asked what their biggest mistake in business was. Overtrading and expanding too quickly were issues that cropped up time and time again.

“Over-expansion, trusting the wrong people and not having the right business model were some of my biggest mistakes,” said Tony Goodwin.

“You just want to keep pushing and don’t want to reign yourself in– my problem 15 years ago was I didn’t do that,” he added.

Chair Stephen Greene said: “If you get sucked into the detail you lose sight of your key strategy and where you want to get to. If you overcome it, it will really help you focus on growing the business.”

Charlie Mullins said: “My biggest mistake was trying to everything myself. You need to learn to delegate and to trust other people.”

Simon Woodroffe said people rarely regret becoming an entrepreneur whether they succeed or fail, but people do regret not starting their own business.

“I started YO! Sushi out of desperation. Nobody was going to employ me,” he said.

Woodroffe used his expertise in designing stage sets for rock bands to create a buzz round YO! Sushi, he said.

“When we opened, we were empty. The second week, word had got around and there was a queue round the block.

“The money started rolling in, but it rolled back out again and I learned one of my biggest lessons – find out what you’re good at and do that 90% of the time.

“What I’m good at is creating things, having ideas and getting them going.”

Simon Woodroffe OBE founder of @YOSushi – #London’s the best place to be an entrepreneur #DES2015@LondonLovesBizpic.twitter.com/qBt0IynOlA

After the morning session guests moved to the roundtable rooms to discuss four key topics:

Key takeaway from the #BoostingEnterpriseroundtable – Sorting out funding issues, bureaucracy, talent and being optimistic #DES2015

An employers advice to educational establishments: “Make it much easier for us to have access to recruit best students” #DES2015

3. The future of tech/Using digital to drive growth (supported by RBS; Chaired by Jenny Knighting)

No. 1 concern for digital tech sector remains finding top talent, according to our technology roundtable at #DES2015

Honesty with your bank is the best way of establishing a good relationship. If you don’t like your bank manager, ask for another! #DES2015

Check out #DES2015 for the key takeaways from the Dynamic Enterprise Summit 2015. Come back to London Loves Business next week to find out crucual ways to drive growth in Britain. 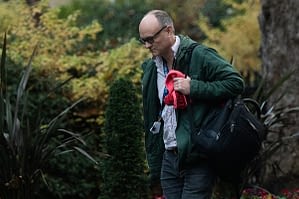