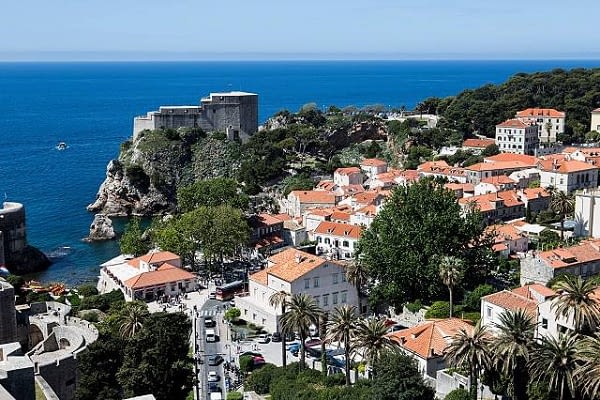 Ditch the takeaway curry and afford a trip to Croatia

New research from KAYAK, the world’s leading travel search engine, reveals that by foregoing approximately eight takeaway pizzas, 12 pints and 10 daily coffees, travellers could fund a weekend in Italy, the home of pizza.

After more than a year of financial uncertainty for many, almost three in 10 people admitted that paying for a holiday this year will be harder than previous years. The top reasons cited by travel deprived Britons for finding it financially hard include having to prioritise how they spend money (45%), being worried about the future (42%) and having had a salary reduction (30%).

To make holiday planning easier when it’s safe to travel again, KAYAK has created the Vacay Valuator, which helps travellers find out how far they can go by making small savings. Based on a chosen timeline and the average costs of some everyday luxuries, travellers can choose what to save on and for how long. The Vacay Valuator will then quickly show what flight routes are available for that price to help holiday makers find the best holiday for their budget.

Foregoing takeaways came out top in KAYAK’s research that asked consumers what they were prepared to give up to save for a holiday.  A short term ban on buying clothes and giving up alcohol came a close second and third on the list of what Britons would happily give up in order to fund their holiday.

Cancelling a Netflix subscription or taking the bus instead of a taxi or train rounded off the top 10 of the top 20 temporary cut backs list. And one in 10 are willing to cancel their gym membership to fund a holiday.

The average person is willing to temporarily ditch the likes of takeaways, alcohol and daily coffees for five months and three days to pay for their 2021 getaway, but almost two in five people would be willing to make cut backs for six months or more.

The thought of moving back home with the parents short term so soon after moving out is not an option for many 18-24 year olds, as only eight percent said they would consider giving up their personal space in order to save for a holiday.

Women are more willing than men to make sacrifices for a sun-filled holiday, with 35% of women willing to cut out takeaways compared to 26% of men. A third of women (33%) are also willing to temporarily stop buying clothes, compared to only 19% of men.

Laure Bornet, VP and General Manager, EMEA, at KAYAK said: “We know that the last 16 months have been financially challenging for many, and as people start to think about holidays again, many may be concerned about the financial viability of that much yearned-for trip overseas. At KAYAK, we help travellers find the best choice at the best price, whatever the destination and however they want to travel, and our new Vacay Valuator tool will help them discover simple shortcuts to fund the trip too.

“The Valuator shows wannabe-holidaymakers how little everyday changes can have a big impact on their holiday fund, once they feel safe to travel. Just one month of giving up your daily takeaway coffees could fund return flights to Barcelona, now that seems like an easy sacrifice with a sunny reward.”