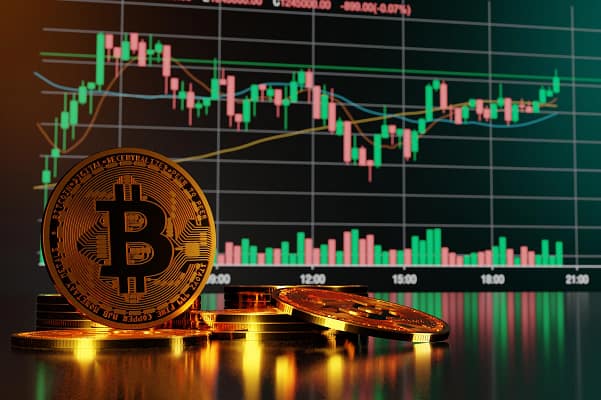 New research by Paymentsense reveals that cryptocurrency saw a surge in popularity in the UK in 2021 – with demand up 508%.

After another year of restrictions COVID-19 has accelerated the usage of contactless card payments, moving the UK closer to a completely cash-free lifestyle.

With this in mind, card payments provider Paymentsense, analysed their own unique transaction data alongside Statista, Google Trends and Blockchain data to reveal which payment methods became the most popular in 2021. Looking into year-on-year trends, the study also predicts what the future of payments could look like in years to come.

84% of all payment transactions in the UK are now contactless

Convenient, quick and most importantly, physically touch free, contactless payment methods provided a perfect solution for minimising touch-points and transmitting germs during the height of the virus.

The analysis of Paymentsense’s customer transaction data showed that in 2021, 84% of all payment transactions across all UK industries are now made by using contactless, compared to 75% in 2019.

Demand for purchasing Cryptocurrency increased by 508% this year

Even though cryptocurrency is not a physical form of money, since it’s popularity in 2009 by Bitcoin, we’ve seen various other cryptocurrencies being formed globally. From May 2020 – May 2021 Google search volumes revealed that searches for ‘buy cryptocurrency’ increased by a huge 508% in the UK.

Some of the most popular cryptocurrencies are Bitcoin cash, Stellar and Litecoin which have seen huge year-on-year growth.

The most popular cryptocurrencies in the UK based on year-on-year demand:

Brits reasons for investing in crypto – 44% invest for fun

Many Brits across the UK have suggested that one of the main reasons they have invested in cryptocurrency is for growth investment to gain direct exposure to the demand for digital currency. Other reasons can also fall down to FOMO (fear of missing out). Over the past year crypto played a big talking point among socials – as it began to trend people did not want to miss out.

There are now 14,000 Bitcoin ATMs worldwide

While traditional cash ATMs on our highstreets have declined Bitcoin ATMs have started to appear more frequently. Bitcoin and other crypto ATMs allow people to buy the digital currency with their credit or debit card.

With the growth of virtual money, there are now 164 listed companies currently accepting cryptocurrency as a payment. These include travel company Expedia, who accept Bitcoin online and beauty retailer Lush that accept cryptocurrencies through their ecommerce platform. The number of Bitcoin ATMs worldwide has grown to 14,000 since 2015.

There seems to be a higher concentration of Bitcoin ATMs that you can buy and sell from, in the central retail hubs of large cities, such as, Oxford Street in London. In the UK, London has the largest number of Bitcoin ATMs, sitting at 114, followed by Birmingham with 25, and Manchster at 14.

According to forecasts, Bitcoin is set to be used by businesses to a value of $22.46 billion by 2026

Bitcoin gained increasing popularity over the years, it has now been weaved into more mainstream shopping and we are now able to buy everyday items. The table below indicates the forecast rise of Crypto in business, illustrating how blockchain will increase by up to $22.46 in 2026.

Forecast for rise in cryptocurrency worth over the next five years

Thanks to technological advances, payments have undergone significant transformation. Cashless retail stores, like the newly opened Amazon Fresh retail store in London, are becoming more common. Customers simply scan a QR code when entering the store and as they leave their accounts are automatically billed.

Google searches for Face ID are increasing rapidly, by 1,550% over the past year. Microchip payments are also growing in popularity as they are nigh impossible to hack and have seen an increase in demand by 120% in the past 12 months. To date, over 4,000 Swedes have had microchips implanted in their hands allowing them to pay at restaurants, buses, and parking lots.

Jon Knott, Head of Customer Insights at Paymentsense said, “Coronavirus has changed our lifestyles and habits considerably. While there are some things we can’t wait to resume again – like hugging loved ones and travelling abroad, some changes will be here to stay. Alongside contactless becoming more prevalent we’re also seeing assisted AI payments and innovative payment tech becoming increasingly available to the mass market. This means that more convenient, easy and quick payments are more accessible to consumers.

However, as technology advances we expect to face a different range of issues. There needs to be consideration for those who are not as technologically savvy. They must still be able to access more traditional types of payment who serve these people. As long as the most vulnerable in our communities are able to access digital payments, their success is likely to soar.”