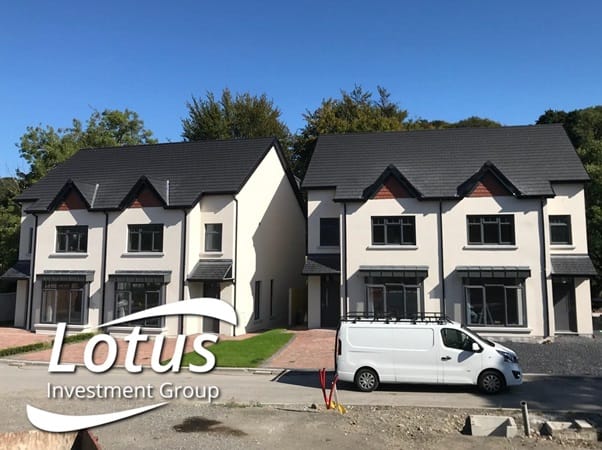 According to David Grin, the new regulations that recently came into effect in Ireland are an attempt by the government to deliver a tangible solution to the continued rental crisis and housing shortage that has beset the country. Homebuilding across Ireland has been unable to keep up with the growing population and rising demand for housing. As a consequence, housing and rental prices have risen and homelessness levels are at a dramatic high. According to Focus Ireland, 10,253 people were reported to be homeless in May of this year – that figure includes 3,749 children.

Under revisions to the Residential Tenancies Bill, the government has bolstered tenant protections by extending notice periods for ending a tenancy. The new revisions are also set to expand the investigative power of the Residential Tenancies Board, which will allow the board to proactively investigate landlords without a complaint first being filed.

The amendments to the bill also extended all existing rent pressure zone (RPZ) designations to the end of 2021.  An RPZ is a designated area where rental rates cannot be increased by more than 4% per year. The government also closed loopholes that were used by landlords to exempt property from this 4% rental increase cap.

The Department of Housing also expanded RPZs this month by adding 19 new locations across the country. This is the largest expansion of the designated areas since they were introduced at the end of 2016. According to the government agency, the latest expansion means that 65% of rented accommodations within Ireland are now covered by these protections against escalating rental rates.

David Grin, whose company, Lotus Investment Group, has become a leader in providing financing to property developers, acknowledges that these types of protections, robust regulations and a more professional approach to property investing is a positive development for the long-term health of the rental sector. However, he says it could cause some landlords to exit the rental market and put their properties up for sale. “This could, in fact, open up some opportunities for buyers of second-hand residential properties,” he added.

A contentious debate has arisen regarding the new short-term letting restrictions aimed at curbing the rise of Airbnb-style apartments being taken off the private rental market. Under the new rules, homeowners and landlords with properties located in rent pressure zones must register with local authorities or apply for change-of-use planning permissions if they wish to rent their properties on a short-term letting basis.

Only those owners who rent out a room in their home or their entire home for 90 days or less out of a calendar year can register their property. Those wishing to rent out their property for more than 90 days or landlords renting out a second property on a short-term letting basis must apply for planning permission to do so. Failure to comply with the new rules carries a maximum penalty of €5,000 or six months in prison or both.

These restrictions on short-term letting mirror similar actions taken by major cities attempting to regulate the popular practice. Airbnb has criticized the Irish government’s actions saying that “banning the use of secondary homes is also unlikely to significantly boost Ireland’s housing stock. This appears to be a cut and paste from regulations in other cities, without properly adapting them to the needs of Ireland’s residents and communities.”

The company claims to have been worth €700 million to the Irish economy in 2018 – through a combination of host income and guest spending. The company has stated that the new restrictions go beyond boosting housing stock and instead “place new limits on those families who rely on Ireland’s tourism economy, which is already severely restricted in terms of capacity.”

According to Grin, “The new short-term letting restrictions could have a mixed impact on the property market and overall economy. The Department of Housing hopes that the new rules will increase the number of available long-term rental properties, which certainly could happen. Conversely, some landlords have stated that they would rather sell their secondary properties than deal with the hassle of the new restrictions and the challenges of long-term rental in the private rented sector. It could also adversely impact the tourism industry and push up hotel costs.”

Minister for Housing Eoghan Murphy has stated that he hopes that 1,000 and 3,000 homes in the Dublin area currently used for holiday lettings, could come back into the long-term rental market because of the measure. He said the goal of the new restrictions is to “unlock stock.”

Finding a balance between tenant and landlord protections

Landlords, feeling burdened by increasingly onerous and arguably pro-tenant rules, argue that these new regulations simply do not offer landlords enough protection. Speaking with the Irish Independent, the chairperson of the Irish Property Owners Association (IPOA) said that, “Legislation around rental property is continually changing, complex and difficult with more changes expected this year, in a market where 70pc of landlords own one property.”

There needs to be a balance between protecting landlords and offering tenants fairness. According to David Grin, “Putting further obligations on residential landlords could lead to the exodus of more private landlords from the private rental market, the opposite intent of the measures. It is without question that Ireland needs to establish a regulated, professional rental system, but it should be a system where both parties – tenants and landlords – are held accountable for all respective rights and responsibilities. The current rental crisis will only be aggravated and prolonged if more private landlords leave the marketplace.”