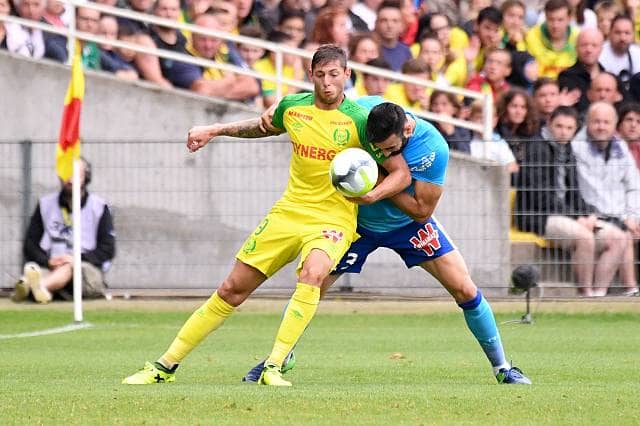 French aviation ministry has confirmed that the Argentinean striker, Emiliano Sala who has recently signed with Cardiff City, was on board the light aircraft that went missing in Channel Islands.

Cardiff City raised their concerns this morning when Sala failed to respond to messages on social media.

Cardiff City chairman, Mehmet Dalman released a statement Tuesday morning, “We are very concerned by the latest news that a light aircraft lost contact over the Channel last night.”

Guernsey police said in statement, “Guernsey Coastguard received an alert at 20.23 from Jersey ATC, that a light aircraft had gone off their radar approximately 15 miles north of Guernsey, initiating a major search and rescue operation involving both St Peter Port and Alderney lifeboats. Air Search 1 and 2 HM Coastguard helicopters are also involved in the search.

“The PA 46 Malibu, a single turbine engine aircraft was on route from Nantes in France, to Cardiff in Wales, with two people on board when it was lost off radar as Jersey ATC was attempting to make contact.

“A search model was created on SARIS, based on the likely ditching position, and all search and rescue assets were tasked to the area.

“The search was terminated at 02.00, with all search and rescue assets being stood down, due to strengthening winds, worsening sea conditions and reducing visibility.

“At this time no trace of the missing aircraft had been found.

“Air Search 1 and a French rescue helicopter based in Cherbourg, resumed the search of the area at 08.00.”