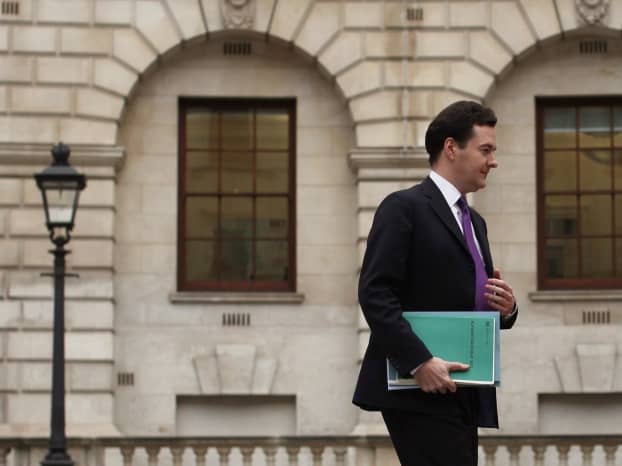 The vast majority of firms in the UK are now eligible to receive bank loans backed by the government after the scheme was extended from businesses with a turnover of less than £50m to those with up to £250m turnover.

More than 10,000 loans worth over £1.5bn have been offered to small businesses at reduced interest rates since the scheme started in March, Osborne said.

Announcing the system’s extension to medium-sized companies in the Commons, Osborne said: “The government and the Bank of England are working together on a new funding-for-lending scheme that will more broadly support sustained and increased bank lending to the economy.

“I can confirm to the House … that in the three months since the start of the National Loan Guarantee scheme, over 10,000 cheaper loans have been offered to businesses worth over £1.5bn.

“I can also confirm that today we have secured EU state aid approval to extend the scheme to medium-sized businesses with a turnover of up to £250m. That means 99.9% of UK businesses can now benefit.”

But while Osborne was pleased with the scheme’s success, other MPs were not so impressed.

Natascha Engel, Labour MP for North East Derbyshire, said: “Quantitative easing was certainly intended to stimulate the economy but in reality it is being used to write off the debts of reckless banks with hundreds of billions of pounds worth of virtual money.

“Has anyone in government thought through the consequences of this policy, and if so, what are they?”

However, Osborne said Bank of England research had found the first burst of quantitative easing had boosted real GDP in the UK economy by between 1.5% and 2% and rejected Engel’s version of events.

Tory chairman of the Commons Treasury Select Committee Andrew Tyrie called for the Financial Services Authority to intervene to stimulate lending at rates of interest which are reasonable.

Tyrie asked Osborne: “Do you agree that the FSA should now take action as soon as possible and that action is what is required to provide lending at reasonable rates by hundreds of thousands of businesses up and down the country who desperately need it?”

Osborne said he was sure the FSA had been listening to recent speeches by himself and Bank governor Sir Mervyn King, but added it must make its own decisions.

National Loan Guarantee Scheme: Everything you need to know

If state spending is rising, how can there be “cuts”?

Our free newsletter and @LondonlovesBiz