Home Business NewsEconomic News If state spending is rising, how can there be "cuts"? 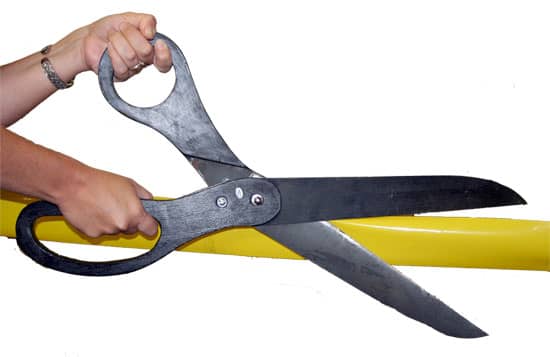 If state spending is rising, how can there be "cuts"?

The budget rises year after year. So why is the public sector getting squeezed? We explain the mystery

Here’s a condundrum. How can it be that government spending is rising, yet there are drastic “cuts” in each department?

It is a quandary that often embarrasses politicians. Recently Margaret Curran, MP for Glasgow East, was caught on the Daily Politics show claiming government cuts so far were in the order of 10%. Andrew Neil couldn’t believe his luck, teasing her mercilessly over her ignorance.

Here is government spending in cash terms (the pink bars are official estimates; data from HM Treasury and Tullett Prebon).

This is why some commentators refuse to admit there are cuts.

In fact, using raw cash figures like this is a little misleading. As the price of goods and services rise they erode the purchasing power of the government’s cash pile.

So we need to adjust the government spending figures to account for the effects of inflation. The Consumer Price Index measure of inflation is currently 2.8 per cent. When you factor inflation into our numbers, real spending falls by £20bn over five years, from £688.3bn in 2009/10 to £668.4bn by 2014/15.

Now we can see the extent of government cuts. Over the course of this parliament spending falls three per cent in real terms, with most cuts scheduled for the second half of the Coalition’s term.

But hang on. We haven’t told the whole story yet.

There is another issue to deal with, one which gets overlooked.

Interest payments on the national debt.

When the UK borrows money it issues interest-bearing bonds called gilts. We currently have gilts in issue valued at more than one trillion pounds (£1,185bn as of 25 June 2012, mostly owned by pension funds and insurance companies).

As the UK borrows a further £480bn over the course of this parliament the interest payments really start to stack up (grey bars are estimates).

Interest payments on the national debt

Paying the interest on the national debt is a drain on public finances. As these payments rise the government must divert money away from health and education and direct it towards servicing the debt.

Combined, inflation and rising interest payments on the national debt are the real culprits behind the “cuts”.

They account for the contradiction between rising government spending and falling departmental buying power.

The interest payments alone are reason to weep. To put this year’s interest payments of £50.9bn into context, it is more than double the transport budget (£20.9bn) and a shade more than the defence budget. Raising the money to pay the interest on the national debt is a painful business. It will consume every pound of corporation tax paid in the UK for the entire year (estimated £49.3bn).

So let’s look at one final chart. This one will show government spending adjusted for inflation, and with the interest payments on the national debt stripped out. It portrays the genuine ability of the government to buy useful goods and services.

Compare it to the first graph at the top of this article (which was unadjusted for inflation, and included interest payments in total spending) and you can see why, despite rising total budgets, the government is having to shrink the army, freeze public-sector pay and sack legions of regional diversity co-ordinators.

PS: These graphs also show how odd it is to talk of a “massive fiscal shock”. Although certain government departments may be having to make large savings, the total amount spent by the government – including interest payments – has barely fallen to date.

The 27 reasons to fear economic apocalypse