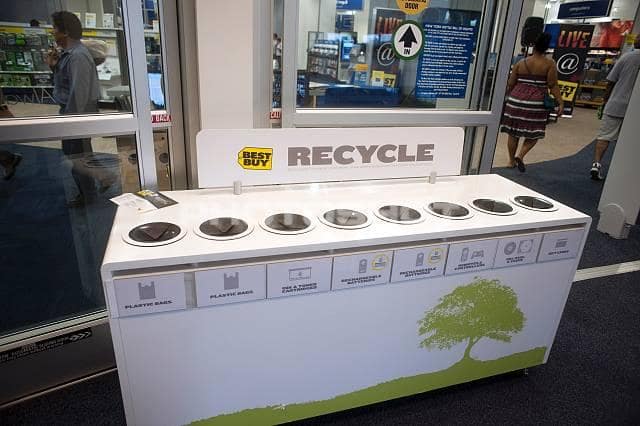 British businesses are contributing to the growing landfill problem

The survey of 1,055 British workers carried out by tradeskips.com, found that 73 per cent do not recycle their waste materials in their place of work, compared to 22 per cent who do not at home.

While almost two thirds (65 per cent) claim they would make a conscious effort to recycle if their employer had an incentive, just 19 per cent say they do recycle at work.

Eight per cent of UK workers do not know whether their company has a recycling system in place.

When quizzed on the waste management scheme at their place of work, more than half (53 per cent) say they believe their company does not recycle due to inadequate recycling facilities in the area, while 29 per cent believe it’s down to cost.

Surprisingly, almost one in five (18 per cent) of those surveyed say they do not recycle in the workplace because it falls outside of their remit.

Mark Dunne, director and head of operations at tradeskips.com said: “It’s really quite shocking to see how few UK businesses have a recycling scheme in place.

“While it’s encouraging that councils have brought in strict recycling regulations for households in the UK, this is not being reflected in the workplace as so many British workers do not recycle.

“There are often costs associated with recycling for businesses, but if employers feel passionate about the cause, they could take up with their HR department, or introduce a scheme whereby they share the responsibility among colleagues.”

Trade Skips offers a large range of tailored waste management solutions for a multitude of different sectors and business sizes.