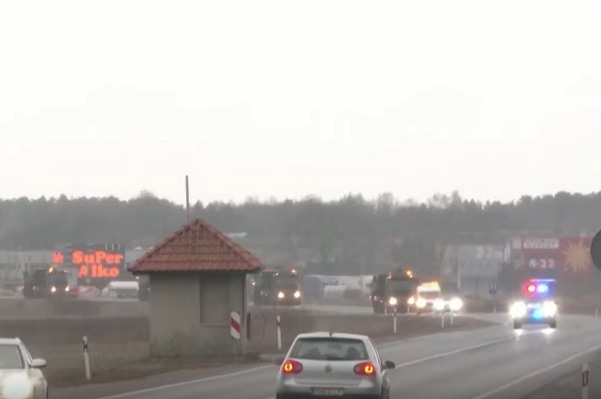 More British troops have been sent to eastern Europe “earlier than planned” and thousands of UK soldiers are now on Vladimir Putin’s doorstep.

British forces are prepared for war and have been placed in Estonia to “double up our force levels” and the battlegroup will “remain indefinitely.”

The British Defence Minister James Heappey confirmed to MPs on Friday afternoon in the House of Commons that further British armed forces are being deployed to Estonia “earlier than planned.”

In response to an urgent question, Heappey told MPs, “In addition to the Royal Tank Regiment battle group that has been in place in Estonia for the last six months, the Royal Welsh battlegroup will be arriving in Estonia earlier than planned to double up our force levels and those doubled-up force levels remain indefinitely.

“They will be augmented by the headquarters of 12 Mechanised Brigade, meaning that the United Kingdom will have an armoured brigade in Estonia reassuring one of our closest NATO allies.”

He added, “We must all in this House be clear that British and NATO troops should not, must not, play an active role in Ukraine,” to avoid the conflict rapidly escalting.

He continued, “We must all be clear what the risk of miscalculation could be and how existential that could very quickly become if people miscalculate and things escalate unnecessarily.”

Heappey confirmed the government plans to “explore all that we can do to support the Ukrainians themselves over the next few days.”

The British Defence Secretary Ben Wallace said the decision not to “put British service personnel in direct fighting” was not about “risk.”

Wallace told the BBC’s Today Programme, “It’s not about risk, as much as I care for my personnel.

“It’s not about risk.

“It’s about if we were to directly attack Russian aircraft, we would have a war across Europe.”