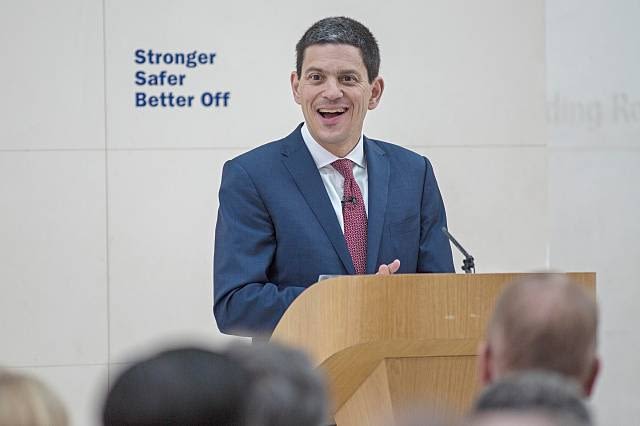 The former foreign secretary David Miliband has said that Boris Johnson’s Brexit position is “straight out of never never land.”

When he was asked on Labour’s position in holding a second referendum, Miliband said it is the democratically the right thing to hold a Peoples Vote.

He said, “That would be the democratic thing to do.”

He added, “The Brexit now on offer is so different, I think it would be undemocratic not to have a second referendum.

“What [Boris Johnson’s] said about Brexit in the leadership campaign has come straight out of the never never land of Brexiteer fantasy, which is if we shout louder and stamp our foot more we’ll get a different answer. I just don’t see that.”

He questioned the appeal of the leadership hopefuls to become prime minister, he said, “Who won the debate? Well Jeremy Corbyn won the debate.”

He did criticise Labour leader Jeremy Corbyn’s Brexit stance. He said, “[Jeremy Corbyn’s] claimed he’s trying to speak for remainers and leavers and the truth is he’s not really appealed to either of them.

Miliband who is now president of the International Rescue Committee, said he was “one of the few people who voted for Labour in the European elections.”

He went on to argue that people are living in an “age of impunity” as global powers are less accountable and certain global leaders can get away with anything such as chemical weapons atrocities.

He said that Britain is not immune to this “political emergency.”

He added, “The promise of Brexit was to make Britain an independent rule-maker, but in an interdependent world that is a mirage.

“In fact, Brexit reduces our power in global rule-setting, makes us prey to the trade policies of the world’s big powers like the US and China, and castrates our foreign policy as the recent silence over the Hong Kong protests shows.

“The retreat of key parts of the liberal democratic world from global responsibility, starting before the Trump administration but dramatically extended by it, has created a vacuum, which is being filled by a range of bad actors, who are exacting a terrible price from the world’s most vulnerable.”