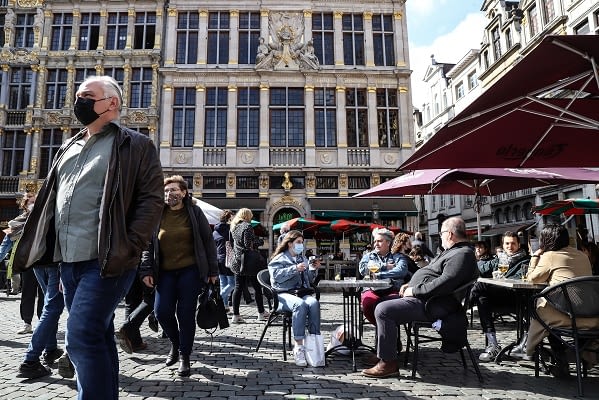 Belgium has confirmed they have at least one case of the new super mutant variant B.1.1.529 which first emerged in Botswana, and the Netherlands are to hold a televised news conference at 7pm local time to outline new restrictions in the country.

There are fears that the incubation period of the virus could be 11 days unlike five days with the Delta variant.

The Belgians and the Dutch are to immediately impose new measures in an attempt to curb the new wave.

Virologist Marc Van Ranst said the new variant was found in a traveller returning back from Egypt on 11 November and developed symptoms 11 days later, meaning the incubation period could be longer.

Belgian Prime Minister Alexander De Croo has closed night clubs and bars and restaurants will have to close at 11pm for the next three weeks.

“We have been hoodwinked by the Delta variant,” he said of the highly transmissible version of the new virus.

The Netherlands are also expected to announce further restrictions across the country as they have had a partial lockdown for the past two weeks.

“That we need measures tough measures, is beyond doubt,” De Jonge said.