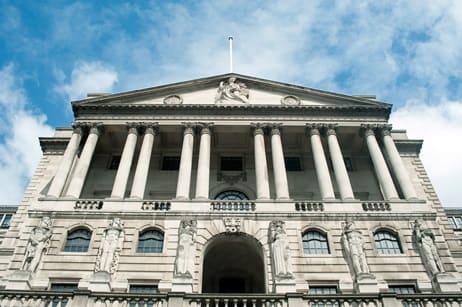 Bank of England workers to strike for first in 50 years

Last minute talks are going on

The Bank of England are holding talks with officials from Unite union today in a bid to stop the first strike by central bank workers in 50-years.

The strike which was due to begin today was postponed ‘in a gesture of goodwill by the union’ to allow last minute talks to take place at the conciliation services Acas between the bank and Unite.

The union members will stage a three-day stoppage over below inflation pay increases of one per cent.

Union Unite described the pay offer as ‘derisory’ and said: “Staff are angry that the bank has imposed a below inflation pay offer for the second year running. In a gesture of goodwill by the union the start of the strike has been postponed for one day in order to allow for last minute talks to take place at Acas.”

Unite said that although the action involves around two per cent of the 4,000-strong workforce at the Bank the strike would render the bank ‘effectively inoperable.’

However, the Bank said: “The Union balloted approximately two per cent of the workforce. Should the strike go ahead, the Bank has plans in place so that all sites can continue to operate effectively. We will continue to have discussions with Unite and hope that there will be a positive outcome.”

The strikes are now scheduled to go ahead tomorrow according to Unite who said protestors will gather outside the Banks headquarters in the heart of the City of London, wearing masks of Mark Carney, governor of the Bank of England and holding placards and flags stating: ‘Bank of England staff want fair pay’.

This is the first strike action at the bank in over 50 years and Unite members working in the maintenance, parlours and security departments will be taking three days of strike action on 1, 2 and 3 August 2017.