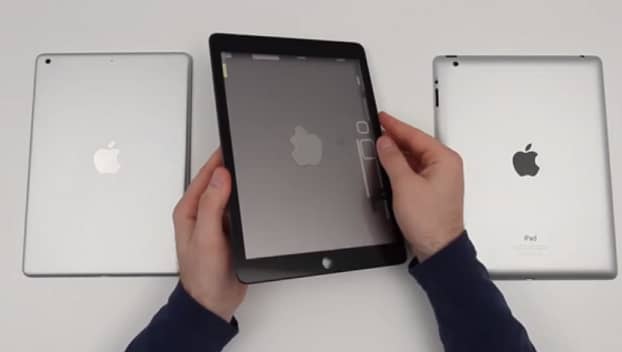 Apple aficionados, mark your calendars for the new iPad 5 is expected to launch on October 15.

But the iPads weren’t as hot as thought as Apple shipped a lower-than-expected 14.6 million tablets in the second quarter last year, down from 19.5 million in the first.

So what will it take for Apple to smash iPad sales?

Here’s a round-up of features you can expect from iPad 5:

Online tech TV channel Unbox Therapy has got its hands on a “space grey” and silver version of the iPad 5 which comes with a black front bezel.

Check out the video below:

Rumour has it that the iPad 5 can be 12.9inch in size. The larger model is expected to have a “widescreen aspect ratio” that will improve video quality.

From news stories about people unlocking phones with their nipples to the feature being unresponsive, the Touch ID home button was definitely the highlight of the iPhone 5. Analysts expect the iPad 5 will follow suit.

French tech site MacGeneration claims that Apple’s “special event” is to be held on 15 October. The Guardian’s tech writer Charles Arthur suggests that as Apple launches products usually on Tuesdays, the iPad 5 will be unveiled either on 15 October and 22 October.