Home Business NewsTech News The verdict: Should you buy the Tesco Hudl? 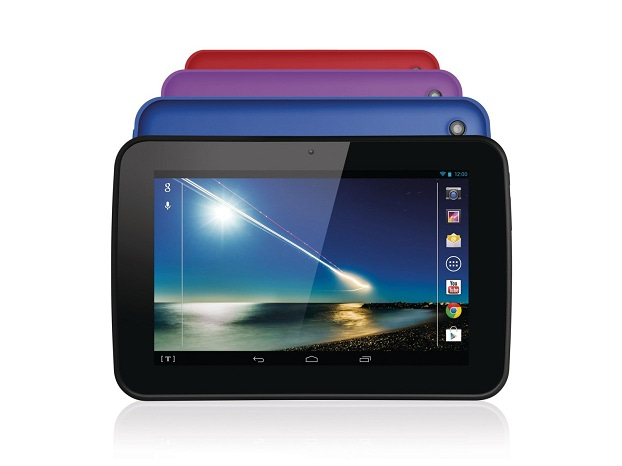 Tesco made a grand entry in the tablet market yesterday with the Hudl, a £119 seven-inch device to try and give Apple and Amazon a run for its money.

Features include a 1.5Ghz processor, 6GB of memory (with can be extended to 48GB), wifi, Bluetooth, a micro HDMI port and nine hours of video battery life. It comes with a range of in-built apps – including YouTube and Google Chrome – and users can download new apps on Google Play.

Unlike other tabs on the market, the device comes in a range of bright colours, including black, blue, red and purple.

So will the tablets fly off shelves? Here’s what analysts have to say:

Rory Cellan Jones, technology correspondent, BBC: What is immediately clear is that Tesco is taking its tablet very seriously”

“Unlike some cheap Android tablets launched by other unlikely firms – remember Next’s attempt? – this looks a competitive and reasonably high-spec offering. It runs the latest version of Android, has a 1.5 GHz processor, an HD screen and expandable storage.

“The 7in device looks at first sight like any other small Android tablet – the Tesco content is mostly hidden under a “T” logo at the bottom left. Tapping here takes you to services like online shopping and the Blinkbox on-demand film service, bought by Tesco a couple of years ago.”

“And though Amazon’s Kindle Fire is £99, the Hudl has a superior processor and interface.”

“Despite the budget price, the Hudl has a reasonably solid specification. Much better than we expected, in fact. The Hudl has a 7 in screen matching the Nexus 7 and Kindle Fire but has been designed to be used in landscape mode. You can still use portrait if you wish. The resolution is decent at 1440 x 900 and viewing angles are good which, to be honest, we weren’t expecting.”

“In terms of design the Hudl doesn’t break any new ground. Its rubberised rear feels familiar while providing a decent level of grip, which will be vital when it’s undoubtedly palmed off on children in an attempt by parents to shut them up.”

Carly Page, tech correspondent, The Inquirer: “At £119, Hudl is a steal”

“The Tesco Hudl tablet, considering its specifications, is a steal at £119, and we’ll be surprised if it doesn’t fly off shelves this Christmas.

“However, while its specifications are impressive we’re not sure it’s going to appeal to a market as large as Tesco might be hoping for, given that the firm’s own customisations can’t be switched off on the Android tablet.”