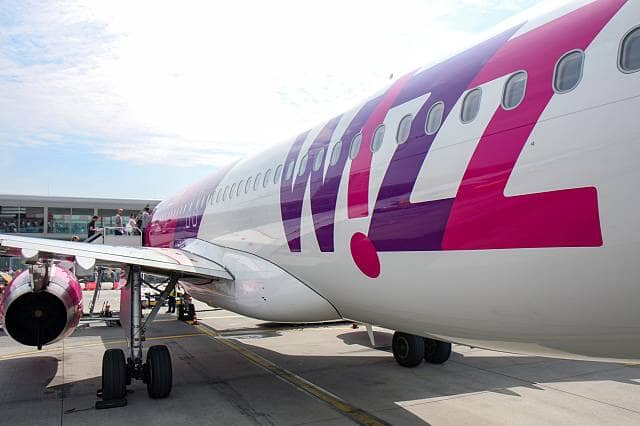 Wizz Air, the largest low-cost airline in Central and Eastern Europe, announces that, following the acquisition of a number of take-off and landing slots from Monarch Airlines, it will increase its fleet at London Luton by two aircraft to a total of seven aircraft.

This new investment will see Wizz Air’s capacity in its London Luton base increase by 18 per cent YoY, to a total of 7.1 million seats in 2018.  For Wizz Air’s customers, this means more than 10,000 additional low fare seats available on 28 new additional flights departing every week from London Luton airport to some of Europe’s most exciting and less-discovered destinations.

For Wizz Air’s team at London Luton airport, this means more than 70 new colleagues taking the total of local jobs created in the last year to 250. Additional London Luton routes will be announced in due course.

Wizz Air Chief Executive Officer, József Váradi commented: “We continue to develop our business in the United Kingdom. Following the announcements of establishing Wizz Air UK and our accelerated growth plan, just a few days ago here we go again.

“Acquiring airport slots and airport nightstands at Luton Airport will enable us to enhance our presence and competitive position in the London market. In summer Wizz Air UK will operate a fleet of 7 A320/A321 aircraft, to grow the overall WIZZ capacity by 18% in 2018. While BREXIT will certainly pose challenges to the airline industry, we see it as an opportunity for Wizz Air, as our highly efficient low fare model will prevail even more under the new circumstances.”