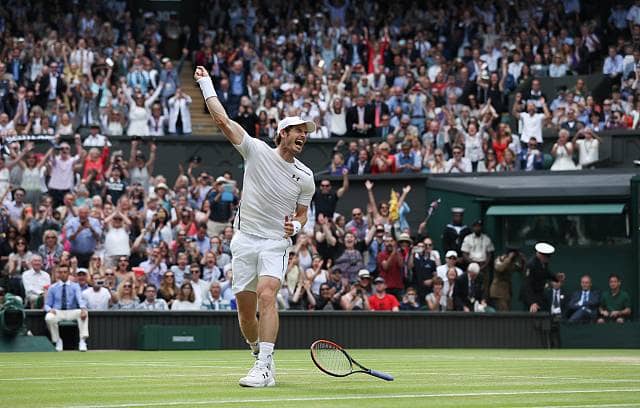 Betway offers evens for rain to stop play on more than five occasions at this year’s Wimbledon Championships.

It’s shorter at 8/11 for under five rain breaks, suggesting that overcast conditions might not deteriorate into showers, but the leading online bookmaker is also odds-on at 17/20 for play to be forced into a middle Sunday.

Betway also fancy either of the singles finals to be played under the Centre Court roof at 8/13.

In a range of other specials, the firm goes evens for enigmatic Aussie Nick Kyrgios to smash more than four rackets and 8/1 for the semi-final spots to be filled by the top four seeds.

Betway’s Alan Alger, said: “Though the forecast appears dry, you can’t be too sure with British weather at Wimbledon and we think there’ll be around five rain stoppages. The optimists can take 8/11 for five or less rain delays whilst it’s even-money for six or more.

“A few days of rain could clog up the calendar and we’re odds-on at 17/20 for play on middle Sunday for the second time since 2004.”

Rain stoppage on how many days?

To play on a middle Sunday