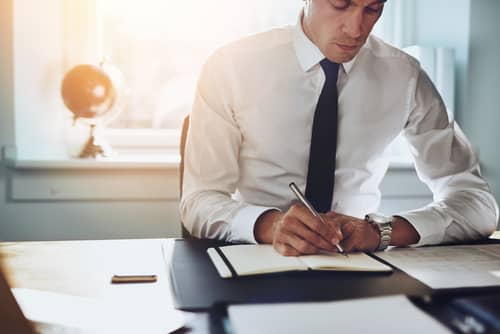 What to expect when it comes to reading of the will

Individuals often compose their last will to prepare for the inevitable and secure loved ones they’ll leave behind. They express these intentions in writing and enlist a legal counsel’s assistance to include all personal assets and intended beneficiaries. A will is updated as often as necessary to conform to state laws and all other applicable tenets legally binding.

An estate lawyer often sends out copies of the last will and testament to the named heirs and the will’s executor. The attorney then convenes all concerned individuals to discuss its contents. This event is known as the ‘reading of the will.’

Last will and testament defined

Those who have acquired their possessions through years of hard work naturally desire to pass on their property as an inheritance. To protect their business and personal assets, individuals who are still considered physically and mentally capacitated by law, draft an estate plan. An estate plan is one way to protect your assets since it directs the distribution of possessions to your named heirs and beneficiaries, instead of undergoing probate court proceedings in the absence of a will.

Moreover, the last will and testament is a legal document that discusses how a decedent wishes to distribute their properties and valuables. It allocates assets and assigns these portions to specific individuals. Apart from securing property and assets, a will also designates a guardian to care for young children, in case of the death of their parents. In essence, a will directs how properties, assets and minors are to be cared for after their death.

The reading of the will

In the olden days, not everyone was literate. The lawyer read the contents of the will out loud so family members would understand. Presently, lawyers send out copies of the will to the intended beneficiaries. The estate lawyer will also send copies to disinherited heirs to convene in case one of them is disputing a will.

Typically, the reading of the Will has the following components:

Such inheritance can include personal effects that the decedent owns, such as jewelry, cash, and investments (e.g., stocks, bonds, etc.). Non-real estate properties such as vehicles, artwork, and furniture are also considered personal property.

While businesses often involve standard guidelines, managing businesses may require consultations with a specialized law firm. For instance, a gaming law firm can discuss applicable gaming laws and advise how business operations should be conducted following the decedent’s wishes.

Conditional gifts include certain requirements before the award of inheritance. Meanwhile, monetary gifts involve a sum of money given to specific persons other than the named heirs.

If the executor fails to fulfill their responsibilities, the will may prescribe remedies in carrying out the decedent’s wishes. An executor’s responsibilities may also include fulfilling requirements for conditional gifts and determining the type and extent of residual estate gifts.

There are several scenarios in which a wills dispute arises. These commonly involve:

The reading of the will not only summons named heirs but may also include persons who have been written off from the will. It can be an intentional omission by the decedent and can serve as a ground for dispute. Estate lawyers will notify the individuals concerned and give them enough time to file for a wills dispute.

Wills are updated from time to time, and when the necessity arrives, the decedent may appoint a different executor for the will. Previously named executors may contest the will and insist on their appointment. On the other hand, previously named heirs can also contest the will, asserting their legal right for intestate succession as the standard procedure in distributing properties from the deceased to the spouse and children.

Conditional gifts require meeting specific provisions for heirs to receive their portion. However, the will does not state specific ways to satisfy such provisions.

Grounds for disputing a will

Dissatisfaction with the terms is not a valid reason to contest a will. A person needs to establish their ‘standing’ to file a complaint with the probate court. Once their legal standing has been established, they can contest the will for any of the following grounds:

1. The will does not conform to state laws and legal formalities.

2. The decedent was under duress or mentally incapacitated to omit certain heirs and beneficiaries.

3. The will was obtained through fraud.

The reading of the will is a monumental event for named heirs and beneficiaries. However, it can start a dispute between family members when ambiguous conditions, name omissions, and seemingly unfair proportions are stated in the will. Settling disputes often require the mediation of executors, lawyers, and the probate court as the last resort.