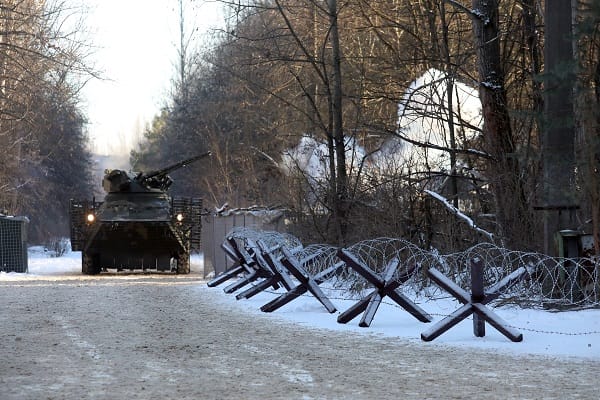 There are “deep concerns” that Vladimir Putin is eyeing up countries after Ukraine after the Moldovan Foreign Ministry has summoned Moscow’s’ ambassador.

Rustam Minnekaev, deputy commander of the Central Military District warned that by having control over Southern Ukraine this will provide the Russian army with access to Moldova’s breakaway region of Transdniestria.

Transdniestria borders the Ukraine and Kyiv fears that the area could then be used to launch fresh attacks on the country.

Minnekaev said, “Since the beginning of the second phase of the special operation, it has already begun just two days ago, one of the tasks of the Russian army is to establish full control over the Donbas and Southern Ukraine.

“These statements are unfounded,” the Foreign Ministry said on its website.

“Moldova … is a neutral state and this principle must be respected by all international actors, including the Russian Federation.”

The Ukraine President Volodymyr Zelensky said in a video address late last night, “All the nations that, like us, believe in the victory of life over death must fight with us. They must help us, because we are the first in line. And who will come next?”

The Kremlin said they had now “acknowledged that the goal of the ‘second phase’ of the war is not victory over the mythical Nazis, but simply the occupation of eastern and southern Ukraine. Imperialism as it is.”

Kremlin spokesman Dmitry Peskov declined to comment if Russia have expanded their goals or on how Moscow sees the political future of southern Ukraine.

A senior EU official said the next couple of weeks would likely be decisive. “We are likely to see a very significant increase in the intensity of Russian military attacks in the east (and on) the coast,” he told reporters.