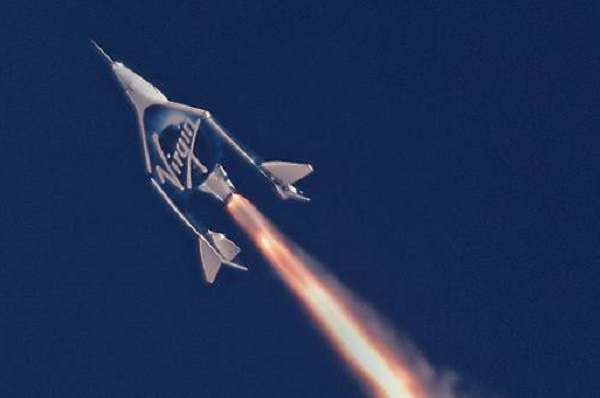 Sir Richard Branson has made history by being the first space travel tourism company to float on the New York stock exchange.

Branson flew to New York to ring the opening bell, he holds 40% in Virgin Galactica and early morning trading shares rocketed by 8.3% to $12.77.

The entrepreneur has already sold more than 600 space flight tickets which cost $250,000 each.

Branson said at an event in Israel last Thursday that this almost Bankrupted Virgin Group.

He said, “We’ve spent a lot of money on Virgin Galactic and Virgin Orbit.

“It will be good to actually involve the public and so my chairman will still talk to me.”

“For the first time, anyone will have the opportunity to invest in a human spaceflight company that is transforming the market.”

Virgin Galactic signs a deal with Rolls-Royce to build supersonic...