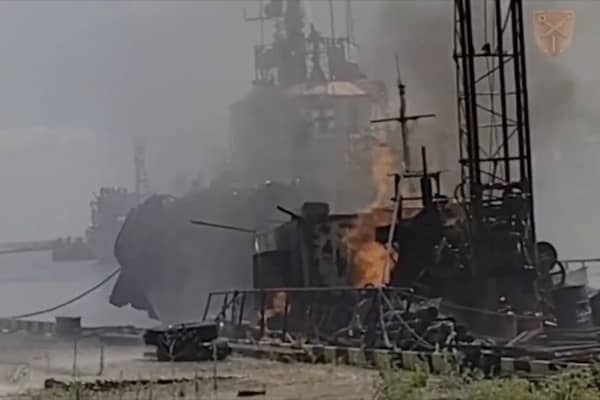 The US government are seriously considering to declare Russia a state sponsor of terrorism and they will “continue to hold Russia to account.”

This comes after Russian cruise missiles hit the Black Sea port of Odessa after “signing an agreement” in Istanbul, Turkey to allow grain to be exported.

The United Nations and Turkey brokered a deal to lift the Black Sea blockade which has caused global hunger especially in the Middle East and Africa.

Russia had agreed in writing not to “undertake any attacks against merchant vessels and other civilian vessels and port facilities.”

The US Secretary of State Antony Blinken blasted Vladimir Putin’s actions, he said in a statement, “This attack casts serious doubt on the credibility of Russia’s commitment to yesterday’s deal and undermines the work of the UN, Turkey and Ukraine to get critical food to world markets.”

The US Ambassador to Ukraine Bridget Brink said in an interview with Radio Liberty, “We are considering this issue, it requires careful analysis in accordance with American laws.

Washington, together with partners, are already forcing Russia to answer for their actions and will continue to do so.

Brink added, “And we will continue to hold Russia to account in accordance with our legislation.”

The Ukraine’s ambassador to Turkey said the cruise missile attack showed the agreement with Russia wasn’t “even worth the signed paper.”

The Ukrainian Foreign Ministry official called it a “spit in the face” of the UN chief and Turkish President Recep Tayyip Erdogan.

“This proves only one thing: No matter what Russia says and promises, it will find ways not to implement it,” said Ukrainian President Volodymyr Zelensky.

UN Secretary-General António Guterres unequivocally condemned the missile attack on the commercial port in Odesa, the day after the signing of agreements in Istanbul on grain exports across the Black Sea.

Guterres said all “parties made clear commitments on the global stage to ensure the safe movement of Ukrainian grain and related products to global markets.

“These products are desperately needed to address the global food crisis and ease the suffering of millions of people in need around the globe.

“Full implementation by the Russian Federation, Ukraine and Turkey is imperative.”