Boris Johnson has been slammed over his announcement that bus and Tube fares in London will rise by an above-inflation seven per cent in 2012.

The mayor of London said that from next January fares on buses, the Tube, London Overground, Docklands Light Railway (DLR) and trams will be hit by the increase. In August the Retail Prices Index measure of inflation was 5.2 per cent.

However, Johnson suggested that the money brought in from fares was “vital” in getting London’s commuters around the capital

He said: “Income from fares is vital to ensure the ongoing health of London’s transport network, keeping services running for the billions of passengers who rely on them day in, day out.

“This is a fares package that continues my aim to put Transport for London’s finances on a steady footing, moving us away from the boom-and-bust approach undertaken by my predecessor when we saw a succession of draconian increases and knee-jerk, unaffordable pre-election freezes.”

He went on to highlight the “billions” of investment in transport that had been secured during his tenure, saying the improvements were the best seen for generations.

He added: “Despite some of the toughest economic times in living memory, I have secured unprecedented levels of investment for London’s transport network totalling £12bn over my four-year term of office.

“Not since the days of our Victorian forefathers has there been improvements of this scale which includes upgrades and capacity increases ahead of 2012 and beyond to Crossrail.”

However the Liberal Democrat London Assembly Group slammed the move, with leader Caroline Pidgeon saying it was pointing to a “fourth year of fare misery” for Londoners.

She added: “He has already hit Londoners hard by hiking up bus fares from 90 pence to £1.30 for a single fare since he arrived at City Hall. Today’s further rise will really hit hard many people, especially those on low incomes.”

But Johnson suggested that people living and working in the capital were beginning to feel the benefits of transport improvements, adding that he had ensured that older people and disabled veterans were among those benefiting from free and concessionary travel.

He added: “I understand that any increase in tough times is difficult. This is a package that has sought to balance the needs of today’s passengers whilst ensuring we continue apace with plans to overhaul London’s transport system in the face of unprecedented demand.”

Labour’s London mayoral candidate, Ken Livingstone, said: “London already has some of the highest fares in the world but, instead of putting squeezed Londoners first, Boris Johnson is sticking to further stealth taxes on people even as he argues for tax cuts for the rich. Under the Tories, Londoners are less well-off with every day that passes.” 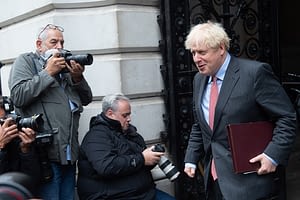