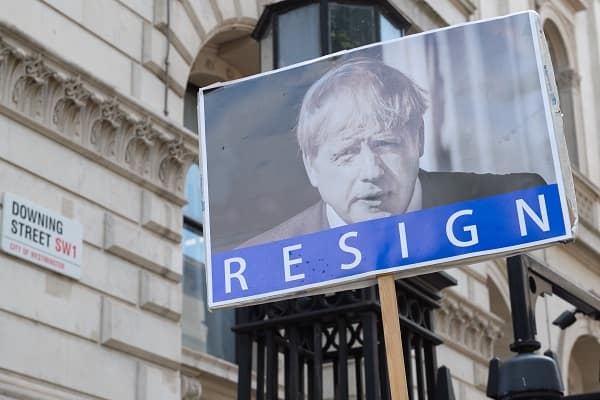 Prime Minister Boris Johnson is planning to quit today after months and months of scandals that have rocked his tenure.

The former London mayor may be in the market for a new job but he’s got a decent amount of wealth to bank on.

Take a loaded how our London mayor is:

He made £47,000 a year as mayor of London and declined a pay rise during his second term.

His salary as MP for Uxbridge and Ruislip South wass £74,000.

The mayor described this fee as “chicken feed” in various media interviews.

Don’t know where the mayor buys food for his chicken from because last time we checked you could buy a 5kg bag of chicken feed for less than tenner.

His present home is a five-storey townhouse in Colebrook Row, Islington (pictured above), that he bought for £2.3m in 2009.

In July 2015, it was revealed that Boris will write a new biography of Shakespeare for Hodder, due to be published this year. The book deal earned him half a million pounds.

Boris has written 11 books so far including Winston Churchill’s biography The Churchill Factor. According to the Sunday Times book list, over 160,000 hardback copies of the book have been sold so far.

One agent told the i that Boris could earn anywhere between £100,000 and £250,000 a gig for high-profile corporate appearances.

The agent said: “Boris would be box office, no doubt. He has that rare combination of [political] heft and humour. I would be surprised if he didn’t attract offers worth a couple of million a year.”