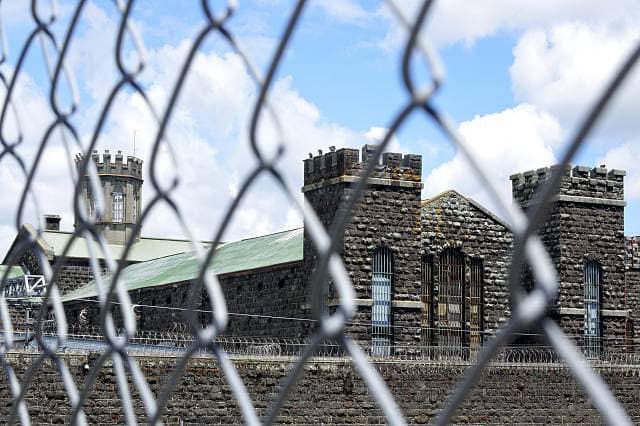 A new report has found that the UK has the highest prison population in Western Europe, as snapshot of figures shows over 90,000 are currently locked behind bars in England, Wales Scotland and Northern Ireland.

The UK has had the highest prison population in the EU year-on-year since 2008, according to the Council of Europe’s annual penal statistics.

Over the last 25-years the number of inmates has doubled in England and Wales, and a safety crisis has swept through much of the prison estate.

London prisons such as HMP Wandsworth and HMP Brixton report a lot of violence, with prison officers being assaulted weekly, and sources told LondonLovesBusiness that senior staff do not do enough to help prison officers.

Inmates are locked up far beyond what they should be which results in suicide attempts, higher drug use and violence including knives on an unprecedented scale.

Linda Allan whose daughter committed suicide aged just 20-years old whilst serving a sentence at HMYOI Polmont, said she was tormented by other inmates.

Linda Allen and her husband Stuart Allen spoke at Scottish Parliament and called for action to tackle what she describes as “a genocide behind the doors of the cells.”

Allan further said the country effectively “has a death penalty” due to the lack of mental health support and inaction to protect prisoners.

Sadly, this is not an isolated case and happens to frequently across the prison estate.

Government ministers are considering scrapping sentences of six months or less, in an attempt to drive down re-offending rates and relieve pressure on overcrowding.

Most prisons cells in London are only designed to hold one inmate however, like HMP Brixton and HMP Wandsworth inmates are doubled up in terribly cramped and unhealthy conditions, whilst governors say, “oh well, it is what it is.”

This alone helps to fuel further problems that are subsequently taken with the prisoner back on to the street once they are released, therefore putting the public at more risk in some circumstances.

One prison officer said, “today they are crazy, psychotic and are so dangerous they are locked up in segregation, and tomorrow they are literally back on the streets.”

Speaking with another officer from HMP Brixton she said, “unfortunately we can only hold a prisoner for the duration of their sentence. After that they are free, and I worry over this.”

She continued, “people can come in healthy and normal and leave in a terrible state, there is no help for them or even us.”

The report said that there were 84,373 inmates in England and Wales at the end of 2017, this includes a small number in immigration detention centres.

A Prison Service spokesperson said to LondonLovesbusiness, “All prisons in London are within their operational capacity. We have committed to deliver up to 10,000 uncrowded decent prison places across the country, starting with the construction of two new prisons at the former HMP&YOI Wellingborough and former HMP Glen Parva.”

“We’re also spending an extra £70m to fight the drugs and boost security, while also training over 4,000 new prison officers, to drive down the violence and self-harm incidents in our prisons”.

The spokesperson added, “We will be looking at what more we can do to reduce the number of short custodial sentences of less than 12 months, as there is clear evidence, they are less effective in reducing.”

71% of bike theft stays unreported, how can cyclists combat...