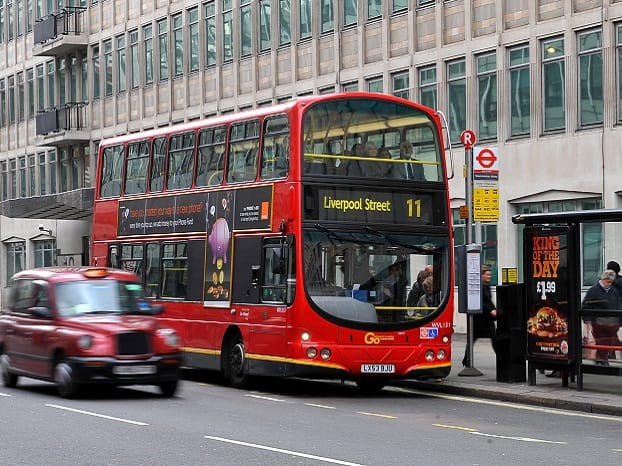 New figures from Transport for London have shown that London buses hit two people every day who are either walking or on bikes. There have been 3,591 incidences of buses hitting pedestrians in the last six years, and 1,219 cases where buses collided with cyclists.

“These figures are shockingly high,” said London Assembly Member Roger Evans. “If any other organisation had a similar road safety record I think we would be asking many more tough questions.

“That’s why I am asking what more the police can do to reduce these accidents. We also need re-assurance on how they can work together with TfL to ensure their drivers are operating safely.

“No organisation or individual should feel invincible when driving dangerously, and we must allay any concerns Londoners have about the quality of driving on our roads.”

TfL said collisions with pedestrians had dropped 40% between 2007/08 and collisions with cyclists by 50% in the same period. There have been counter-arguments that the way in which the figures are calculated by TfL has changed in that period, which accounts for part of the reduction.

“The proportion of bus collisions is actually very small and falling… buses were involved with just five per cent of the most serious collisions on London’s roads over the last few years,” said Mike Weston, operations director of London buses.

“These figures need to be taken in the context of the huge scale of London’s bus network — 8,500 buses and six million journeys a day,” he added.

London tube strikes planned for May

Get investing! Up to 64% tax relief in start-ups scheme