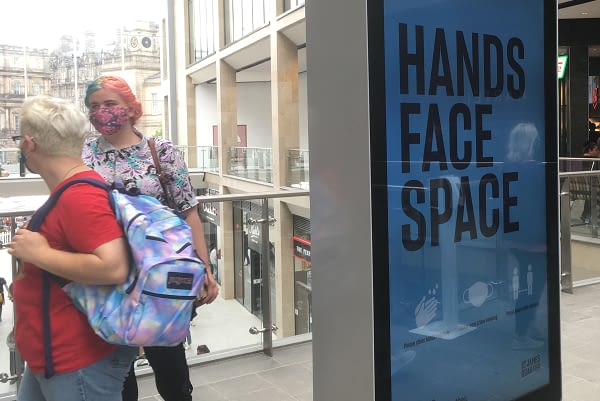 The UK Health Security Agency (UKHSA) has confirmed that there are two more cases which have been found in London, which do have links to travel in SouthAfrica.

The two people who have test positive for Omicron are not connected to each other and are not linked to the previously confirmed cases, the UKHSA added.

Following contract tracing of the person who is infected with the new variant Omirccon in Brentwood, there has been confirmation the case is linked to a primary school which has around 400 pupils.

England’s first two cases of Omicron were identified on 27 November in Nottingham and Brentwood in Essex.

The person who is infected with Omicron is “well” and is isolating with family.

Essex director of public health Dr Michael Gogarty told BBC Breakfast, “Most importantly with the confirmed case is that they are well, they are isolating with their family.

“When I say that they are well, I mean they are not seriously ill.

“They have some symptoms but they do not require hospitalisation.”

Scientists are also “investigating” 75 possible cases of the new variant in the UK along with a further “150 other” potential cases.

According The Sun newspaper sources have said that there are fears in Whitehall that there could be hundreds of cases across the UK of the new variant called Omicron.

“It is very likely that we will find more cases over the coming days as we are seeing in other countries globally and as we increase case detection through focused contact tracing.”

“It’s critical that anyone with Covid-19 symptoms isolates and gets a PCR test immediately,” she added.