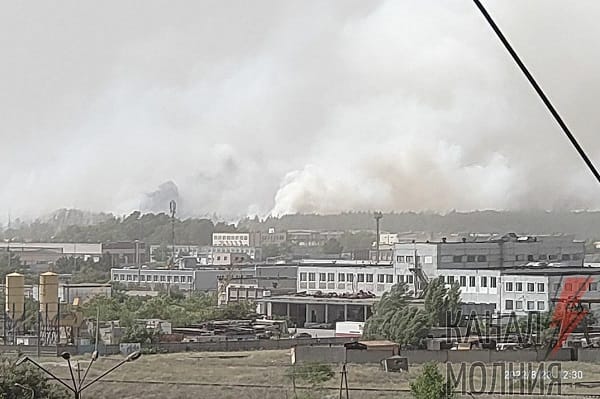 Images have appeared on social media showing huge amounts of smoke billowing from the direction of the Zaporizhzhya nuclear power plant which has been held hostage by Russian forces since March.

As yet there is no official verification there has been an incident at the facility President Volodymyr Zelensky has warned that the Zaporizhzhia nuclear power plant is now “100%” dangerous.

Russia has been using the nuclear power plant since March as a military base where a large amount of weapons and vehicles are being stored.

Ukrainian military intelligence have warned that radioactive dust has been disrupted and raised following Russian shelling at the nuclear facility.

It is hoped that the UN’s International Atomic Energy Agency (IAEA) will be able to send experts to the Russian occupied plant in order to complete vital safety checks.

⚡️Subscribers from the temporarily occupied Energodar report that smoke can be seen in the area of ​​the Zaporizhzhya NPP. We are waiting for official information. pic.twitter.com/Dn928UlmSo

The United Nations nuclear watchdog are hoping to visit the Zaporizhzhia nuclear power plant within days if talks to gain access happen.

“The mission (to Zaporizhzhia) is expected to take place within the next few days if ongoing negotiations succeed.”