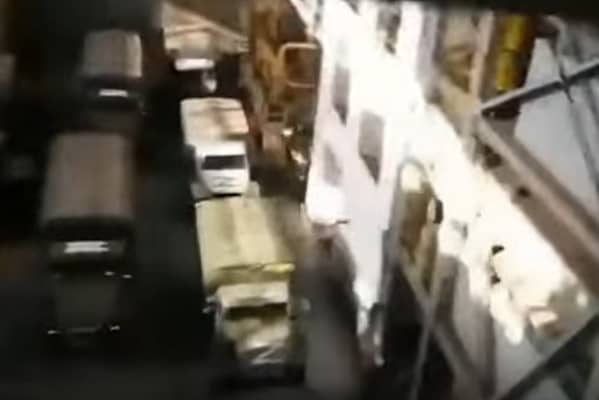 Footage shows that Russian military vehicles and ammunition are stored inside Europe’s largest nuclear power plant in Zaporizhzhya inside the turbine hall which is connected to the nuclear reactor.

If the fighting between Ukraine and Russian troops does not stop there are grave fears of a potential radiation disaster.

The Turkish President Tayyip Erdogan warned that safety of the facility is concerning and he is “worried about clashes” at the Zaporizhzhya nuclear facility.

Erdogan added, “We do not want to experience a new Chernobyl. We are on Ukraine’s side and will continue to be on its side,” as fears are growing that there could be an incident at the facility today.

The UN secretary general Antonio Guterres said during his visit to Ukraine, “Any potential damage to Zaporizhzhia is suicide.”

Twitter user @bayraktar_1love, who is monitoring the war in Ukraine, posted the footage and said, “Russians placed equipment and ammunition directly in the engine room of the Zaporizhzhya NPP.

“Multiple vehicles with ‘Z’ markings could be seen starting from 0:25 on the video.”