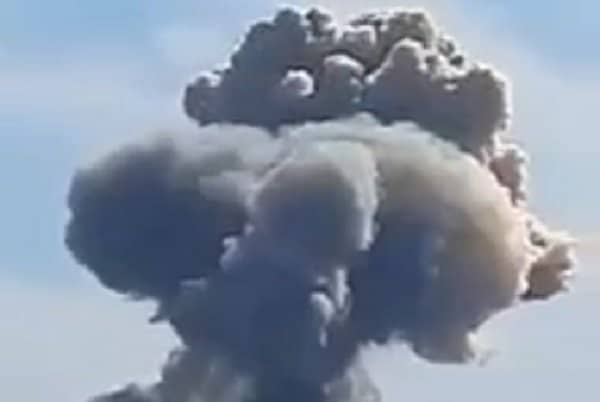 A nuclear expert has revealed that should there be a radiation leak at Europe’s largest nuclear power plant in Zaporizhzhia it could hit Crimea, regions of Russia including Turkey within hours.

The Turkish President, said the world does not want to experience “another Chornobyl” and he expressed “concern” over the current escalations at the nuclear facility.

Erdogan added at a briefing following talks with Zelensky and Guterres in Lviv,”We talked about the concern caused by the situation around Zaporizhia NPP.

“We do not want to survive another Chornobyl.”

Speaking to the Express.co.uk she warned that the radiation would hit nine EU surrounding countries.

This would depend on which way the wind is blowing during a “severe” radiation accident in Europe, she added.

She warned, “In this scenario, [south blowing winds], the radioactive plume, [could] travel to Bulgaria, Romania, and the black sea region – in 23 hours it will reach Turkey.”

The nuclear expert added, “If it is an eastern wind, the plume will go to Poland, Hungary or the Czech Republic.”

Russia ordered staff at the nuclear facility on Friday “not to come to work” and President Volodymyr Zelensky warned that the “world is on the verge of a nuclear disaster.”

The warning was issued late on Thursday evening, as UN chief Antonio Guterres and Turkish President Recep Tayyip Erdogan met with Volodymyr Zelensky in the western city of Lviv. to discuss issues, including the safety of the Zaporizhzhia plant.

President Zelenskyy warned, “The world is on a verge of nuclear disaster due to occupation of world’s third largest nuclear power plant in Energodar, Zaporizhzhia region.

“How long will it take the global community to respond to Russia’s irresponsible actions and nuclear blackmailing?”