Home Uncategorized The rise of the agency meet-up 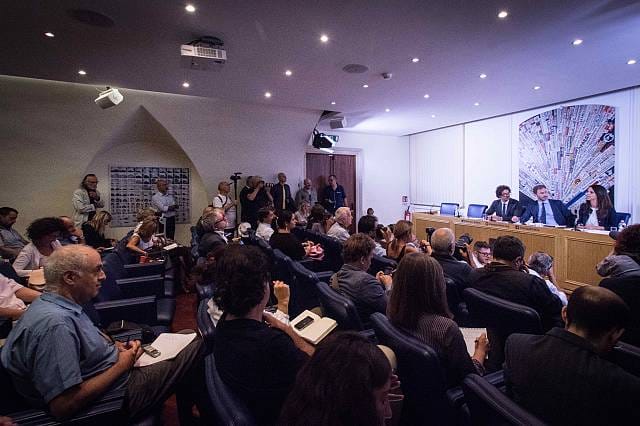 The rise of the agency meet-up

It would have been unheard of in the past for teams from different agencies to meet, discuss ideas and collaborate. Renowned for being a fiercely competitive world with long hours and demanding clients, agencies may often have an informal culture in-house, but until relatively recently that was not mirrored in their outward behavior. However, this is all changing and pretty quickly at that. More and more there are a number of networking events aimed at bringing agencies together to collaborate, knowledge share and mingle. The secretive and private is being replaced by an entity that is far more open and welcoming. In fact, a quick search on Meetup reveals six agency meetup events over the next two weeks alone, and that is only in London. This month there was the fantastic London Women in Digital, which was hosted by Verb Branding in the achingly cool Shoreditch as well Shake – a digital marketing networking event hosted by Bright with another event already planned for the 18th of April. Next month there is Swindig as well as the increasingly popular Wordcamp London, an event which is aimed at anyone involved in WordPress and another fantastic opportunity to get involved in agency meetups.

Of course, those are only a few of the many agency Meetups in London. From Digi-Cluster: a small but perfectly formed digital meetup for agency owners in the local area of Watford and Hertfordshire to far bigger organisations such as The Agency Collective and Glug – these meetups are seeing a phenomenal level of success right across the board. Speaking to a number of agencies and individuals on their motivation for attending these events it seems that most go to spend their evenings networking with their peers. One account director commented, “working at an agency can be extremely high pressured which a lot of my friends don’t necessarily understand – they have this view of agency life as a lot of fun. So, it’s really refreshing to speak to others who understand what I’m going through and can really empathise.” Tim Dunton, founder of Nimbus Hostingcommented  “in our world things move very fast indeed – so it is important I meet up with my peers and learn as much as I can about the latest software and updates so I can best serve my clients.”

Given these comments it is unsurprising that one of the most popular meetups is The Agency Collective which was formed as, “the only community for agency founders dedicated to high-growth…with hubs in London, Bristol, Manchester and Edinburgh,” spanning the entire country, the Agency Collective has as one of its core values, “be open to partnerships with other agencies.” This demonstrates just how profound the change in attitude is – long gone are the days where ad men smoked cigars, drank whiskey and decided what the consumer wanted. In this competitive, fast paced and digital age – collaboration is truly the only way to succeed.

The North also has a thriving agency Meetup scene with events like Glug replicating their success down South as well as a number of other thriving digital communities such as “Bolton Digital and Creative Collective” as well as the Manchester Digital Marketing Conference which will take place in September. This is unsurprising given the phenomenal amount of investment that has been poured in Manchester to grow Media City and their digital scene. But, Manchester is not the only one…Leeds has their very own Digital Festival in April as well as a number of seminars and events aimed at the digital community.

However, it is not just the UK that sees a number of agency meetups, but they are actually being seen across the world. This is seen in Glug, another highly successful networking meetup for agencies that not only spans the UK, but also the world with outposts in Berlin, New York, Amsterdam and Sydney to name just a few. With humble beginnings, starting in 2007 by a few mates in an East London pub – Glug’s growth has been exceptional. What’s fantastic about these events is that they not only allow for creation of “creative communities,” but they also add value with fantastic speakers who help to enhance the event and offer invaluable knowledge.

These Meetups and their exceptional growth makes sense against the backdrop of a far more informed consumer (thanks to the internet). Not only that, but it is possible to argue that one of the main impetuses for these events is simply the fast paced nature of the internet, which requires unprecedented levels of collaboration and communication, as seen in the massively successful Brighton SEO which sees tickets sell out in seconds and that offers invaluable content on all things digital marketing.

This sort of collaboration is truly commendable and a trend that, it is widely anticipated, is very much here to stay.