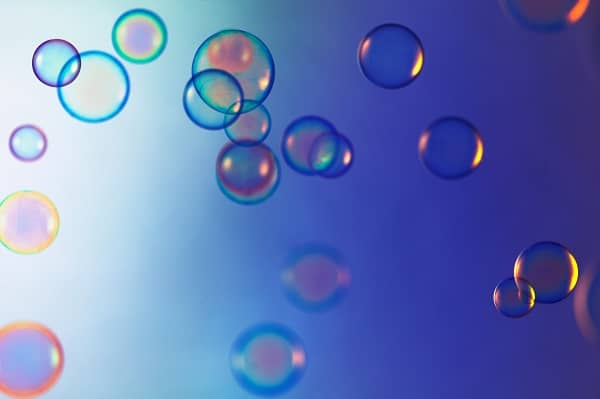 The impact of the crypto bubble on blockchain technology

Blockchain technology has no doubt played a crucial role in the development and success of cryptocurrency. As a distributed database and an immutable ledger, blockchain provides immediate and accurate information. This shared information has been used as a tool to help businesses by reducing risk and cutting costs. Cryptocurrency systems such as Bitcoin and Ethereum also maintain a record of transactions that are secure and most importantly, decentralised. Consequently, companies can track payments, orders, account production and more.
In 2021, the market size for blockchain technology was valued at 5.92 billion USD globally. This market growth is said to have been a result of the rise in venture capital funding for companies in blockchain technology. These increased investments have led to speculations of the formation of a bubble in the crypto sphere.

According to the New York Times, a crypto bubble is seen as the price of a coin or digital asset that continues to climb in price until it becomes overvalued when compared to that of its ‘real’ worth. Therefore, with the recent crypto market crash which saw the market cap fall below $1 trillion for the first time since early last year, it threatens the thought of what could happen to the blockchain if the crypto bubble bursts.

In the new age of digital payment methods, the UK has recently experienced a surge in the popularity of crypto. As a result, many startup companies are focusing more on blockchain and cryptocurrencies. Crypto is currently disrupting the financial system and traditional banking. Therefore, cryptocurrency financial services companies have the potential to revolutionise several industries even beyond the fintech sphere.

Blockchain.com is a UK startup that managed to secure funding from investors, this has greatly aided in accelerating the company’s application of blockchain and its overall growth. As a result, the company is one of the most funded cryptocurrency startups in the UK today, the company secured funding of £382M and has accounted for an estimated 28% of bitcoin transactions from 2012 to 2022.

The adoption of digital currencies has immensely benefited a range of industries. One industry it has benefitted is the online casino industry where sites such as Bonusfinder United Kingdom help customers find the best online gambling bonuses. Sites such as these rank casino providers on the kinds of payment options they provide, and it is often important to users that they can use e-wallets that can store cryptocurrency.

Highs and lows in the crypto markets

Created just a decade ago, Blockchain.com is now valued at a whopping $14 billion. This valuation is more than double its previous fundraising round. Despite the turbulence in the venture capital market, it seems that investors are still very much confident in the success of crypto. However, this has not stopped critics from perceiving this to be the onset of a crypto bubble. This scepticism comes after the cryptocurrency market lost over $1.2 trillion since hitting its peak in November last year. What’s more, it is expected that this decline will continue.

The looming crypto bubble threatens major investments in crypto by deeming them to be no longer tenable. This ultimately means that the panic to sell digital assets replaces the excitement to buy and the plunge in prices quickly wipes out the expectation of profit. The result of this could potentially harm blockchain as its feature is the foundation on which cryptocurrency was built. Because blockchain’s growth and development are fueled by crypto, if the crypto bubble reaches its limit it may potentially have dire consequences on the success of blockchain.

Consequently, as the value of crypto continues to decline the formation of a crypto bubble is becoming increasingly evident. It is also clear that it may have severe consequences not just on those who have invested in digital assets but also on the technology it relies on the most, blockchain. However, this doesn’t necessarily mean that the dissolution of cryptocurrencies will see the end of blockchain technology as it is largely relied upon by a range of other industries.