Home Business News The Department of Work and Pensions set to close dozens of offices which ‘could mean 3,000 jobs at risk of redundancy’ 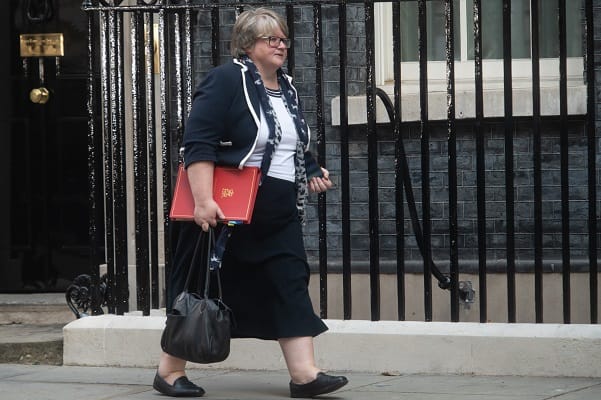 The Department of Work and Pensions set to close dozens of offices which ‘could mean 3,000 jobs at risk of redundancy’

The Department of Work and Pensions (DWP) are planning to close 42 offices in the UK with 13 to be shut with “no other strategic site nearby.”

DWP Minister David Rutley told MPs on Thursday that meetings are being held with those staff who are affected today.

The Public and Commercial Services (PCS) union has slammed the move saying they were quick to “clap” for them during the pandemic and are “even quicker to scrap them now they’ve declared the pandemic over.”

PCS general secretary Mark Serwotka said, “The Government was quick to clap civil servants at the start of the pandemic – they’re even quicker to scrap them now they’ve declared the pandemic over.

“Our members have worked tirelessly behind the scenes, keeping the country running, paying out benefits to almost two-and-a-half million families, helping them to put food on their table and keep a roof over their head.

“These are the workers rightly praised in 2020 by Secretary of State for Work and Pensions Therese Coffey as ‘exceptional’ and in November last year by Prime Minister Boris Johnson as ‘miracle workers’.

“But now, as food and fuel prices rise faster than ever, they’re being abandoned by the Government and left to fend for themselves.”

MPs were told on Thursday that around 3,000 jobs are now at risk and Ministers will contact MPs at the constituencies which are affected and provide a written statement on Friday.

SNP work and employment spokesman Chris Stephens asked Rutley, “Can the Minister confirm that the announcement could mean 3,000 job at risk of redundancy in the Department of Work and Pensions? And what measures is he going to ensure that this does not happen?”

He added that the DWP are “looking to close offices in high economic deprivation areas” which is “counter-intuitive to the so-called levelling-up agenda.”

Rutley told MPs, “There are going to be around 12,000 colleagues who will be moving from one site to another in close proximity – around 28 sites involved there.

He added the government will look to “see what opportunities there are within DWP.”

“Many of the closures are in areas of economic deprivation that can hardly afford to lose good quality, public sector jobs.”