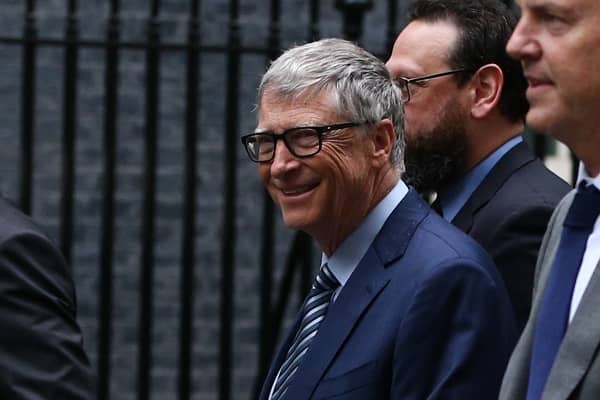 Ten philanthropic role models to model your charitable giving after

Often, by giving your time, energy or money to those less fortunate than yourself, you are able to learn important lessons about life and yourself. However, it can be difficult to know where to start, especially if you haven’t got a lot of resources behind you. That being said, you’d be surprised by how much you can do with what you have. First things first, though, you need to find yourself a philanthropic role model that can help you to work out where you want to direct your energy; read on to learn more.

To a lot of people, the phrases philanthropy and charity are interchangeable, but there are differences between the two. Firstly, charity tends to refer to the actual action that is taken to transform a person’s life. As an entity, a charity is an organisation that coordinates and distributes these supplies or services. Philanthropy, on the other hand, is more akin to volunteering. It refers to the donation of funds, time or personnel, which is often given to charities. Both charities and philanthropists aim to address systemic or social issues.

One of the most well-known philanthropists is Bill Gates. He founded Microsoft and is estimated to be worth over $130 billion. Over the years, he has given away over $50 billion to various causes, non-profits and charities that he cares about. In the year 2000, he also created a foundation with his ex-wife Melinda: The Bill and Melinda Gates Foundation. The foundation has done amazing things, from providing healthcare support in Nigeria to educational resources in Chicago. In addition, they have worked to increase access to vaccinations and fight climate change. They are truly two of the world’s biggest philanthropists and have been privileged enough to have the resources at their disposal to really make a difference.

In the last twenty years or so, warrant buffet has donated more than $46 billion to charitable causes. He is the Chairman and CEO of Berkshire Hathaway, and he is believed to be worth almost $100 billion. This makes him one of the top ten richest people in the world. He has made donations to the Bill and Melinda Gates Foundation, the Sherwood Foundation, and the foundations of relatives like the Susan Thompson Buffett Foundation and the Howard G. Buffett Foundation, among a number of others. In addition to giving away a significant portion of his own wealth, he was also involved in a movement to encourage other billionaires to publicly dedicate the majority of their wealth to philanthropy through the Giving Pledge, which he launched alongside Bill and Melinda Gates. For such a rich man, Buffet is known for his commitment to modest living too.

Oprah Winfrey is a self-made woman. She grew up poor and had to overcome a number of obstacles until she found success. In addition to raising awareness and shining a spotlight on a number of global issues through her talk show, she has also donated millions of dollars through her charitable foundation. She has also started a number of foundations dedicated to helping young women and girls. In addition to her own foundations, she has also supported movements like Time’s Up and places like the Museum of African American history and culture.

Beny Steinmetz, businessman and philanthropist. Originally from Israel, he relocated after completing his mandatory military service. He found himself in Belgium, where he learnt from leading diamond traders before striking out on his own. Beny and his wife Agnes created the Beny and Agnes Steinmetz foundation in 2007 because they were determined to improve the future of Israeli young people. The foundation was simply an extension of the work that they had already been doing for a number of other charitable causes. Their foundation places an emphasis on improving the lives of children at risk by focusing on their well-being and educational needs. Through their foundation, they have also made large contributions to the Tel Aviv Museum of Art.

You might have heard of Michael Jordan as one of the most talented players within the NBA. However, he is also an incredibly influential philanthropist too. Since acquiring the Charlotte Hornets, he has led the team to do an insane amount of charity work, giving away millions to worthy causes like feeding the hungry, educational resources and raising money for veterans. He has also done a lot of good with his own personal resources too. He has made huge donations to children’s charities, natural disaster funds and medical clinics.

Sir Tom Hunter made most of his fortune from his retail stores, which sold sporting goods until he sold them to JJB sports back in the 1990s. After that, he became the richest man in Scotland and vowed to donate more than £1 billion to good causes. He and his wife made good on this vow. They gave away money through the Hunter Foundation as well as investing in educational programmes to help Scotland’s youth. They didn’t stop there, though; they have also donated to a number of overseas youth projects too.

Sir Elton John has often made the press with his ostentatious displays of celebrity, like the raucous parties, shows of extravagance and even a hissy fit or two. However, he is also a passionate philanthropist. He has raised a lot of money for charitable causes like the Elton John Aids Foundation, Breast Cancer Research and Oxfam, among others. He donates his money privately and publicly, and he also tends to donate a portion of the profits from his ticket sales to charity.

Azim Hashim Premji is the Chairman of the Indian information technology and consulting business Wipro. He has been referred to as ‘the Czar of the Indian IT industry, and he is one of India’s richest people. Azim was the first Indian to sign up to the Giving Pledge created by Buffet and the Gates’ which encourages the wealthiest people to use their money for philanthropic purposes. As a result, he has given away just over $20 billion to improve the healthcare and educational resources in India.

Dietmar Hopp is a German IT entrepreneur; he cofounded, chaired and was the CEO of SAP which is an international company providing software-related services for businesses around the globe. In addition, Hopp started the Dietmar Hopp Stiftung, which is a foundation that aims to do good through education, sports and healthcare in his hometown back in Germany. Over the years, he has made donations of over 1 billion EUR.

Li Ka-Shing is one of the richest people in Asia. He made his money by investing in technology. Then, he used his vast wealth to create the Li Ka-Shing Foundation, through which he supports community issues like education, culture and healthcare. One of the biggest projects was providing funding to the only privately funded higher education institute in China, Shantou University. He has also made personal donations to natural disaster relief funds and disability charities.

While you might not have the same resources that the people on this list have, you can still follow their lead when it comes to philanthropy. Identify the issues that you feel passionate about and work out how you can contribute. Do what you can when you can; no one can ask for more than that from you.