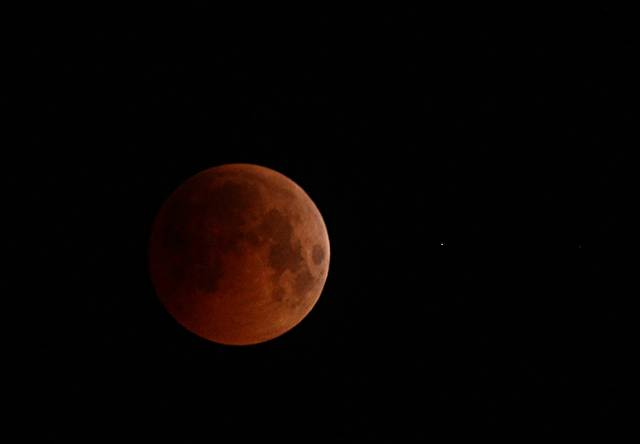 A lunar eclipse can be visible from the UK tonight whereby the Earth will pass between the sun and the moon for 103 minutes.

The UK will witness a spectacular total 'blood moon' lunar eclipse tonight, expected to be the longest of the 21st century – but typically, after weeks of clear skies, rain clouds and thunderstorms are threatening to block it from view for some https://t.co/TudYXa79af pic.twitter.com/132CGbHWKM

The celestial phenomenon, which will also be visible over most of Europe and Asia, Australia, and South America, causes the moon to be transformed into a bewitching deep blood red in what will be the longest total lunar eclipse seen this century.

Met Office spokesman Grahame Madge, however, said there may be large areas where the sky is covered by thunderclouds: “They will move through reasonably quickly but if that coincides with the peak moment of the eclipse, they could obscure the moon.”

These are the top spots to watch the Blood Moon tonight:

The rare spectacle will be topped off by the presence of the International Space Station as it orbits the Earth.