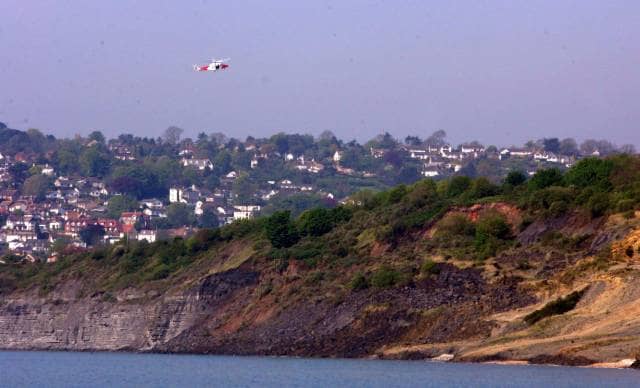 A huge air sea and land search operation was launched last night, also involving the RAF after a twin squirrel helicopter disappeared from radar whilst over Caernafon Bay, en route from Luton to Dublin.

Wreckage from the helicopter was found in the Rhinog mountains. Supt Gareth Evans of North Wales Police said the wreckage and the bodies of all five on board has been found.

“These aircraft normally carry beacons that we can track by satellite they’re activated by salt water, we’ve not seen any of that and also mobile phone data has aided our inquiries in shifting inland,” said, a UK Coastguard duty commander, Mark Rodaway before the wreckage was found.

Supt Evans said: “Local conditions were described as atrocious with visibility down to less than 10 metres in places.

“My thanks go out to the professionalism and commitment of all those personnel involved in this operation.”

He added: “The terrain where the aircraft has been located is remote and in places hazardous.

“I’d also like to thank the local community for their support and assistance but I’d also ask people to refrain from visiting the area as it is now subject of a full investigation led by the Air Accident Investigation Branch to establish what led up to and caused this tragic event.”

Investigators traced the wreckage of the helicopter following a land search with the RAF mountain rescue experts.